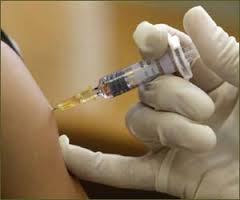 Our correspondent gathered the exercise could not commence in some local governments areas until Saturday; two days after the exercise has officially kick off in the state.

One of the Local Immunizations Officer’s who crave for anonymity said the funds were disbursed two days after immunization commenced and so many things were not in place, which made some health workers and
vaccinators to decline to work.

“Some health workers shut down health care services in the local governments because the leadership still owes them from previous immunization exercises,” the source said.

However, Enugu State Immunization Officer, Dr Okenwa Uche has expressed optimism that despite the challenges, the state will immunize 95 per cent of all eligible children.

The immunization campaign which started last Thursday targets to vaccinate children from nine months to five years of age against measles infection, which is one of the nation’s top childhood killer
diseases.

Dr. Uche said the state has mapped out good strategies to ensure that no child is missed in the exercise, saying it is the only way to ensure the new cases of measles infections are not recorded in the state.

“We are doing all we can to ensure that all eligible children are immunized, though the measles immunization campaign is a fixed post type, but on our own we will go to schools and churches to vaccinate children.

We are planning to extend the programme for two days because the implementation fund arrived late, as for the state counterpart funding, there was no release as it has always been the case in Enugu,” he decried.