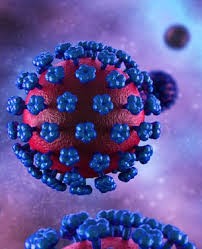 The Federal Medical Centre, Jalingo, on Tuesday confirmed the death of three persons following the recent outbreak of Lassa fever in Taraba State.

The Medical Director of the hospital, Dr. Wiza Inusa, who disclosed this to journalists while giving an update on the outbreak in Jalingo added that two others were still receiving treatment at the hospital.
According to him, the current incident started on the 25th of December indicated that “So far, we have a total of five cases out of which we lost three and two are receiving treatment,” . He however, recalled that the Lassa fever outbreak in 2012 claimed 10 lives before it was contained by authorities in the state
The medical director urged the public not to panic as effort is being made to contain the outbreak also advised residents to maintain simple basic hygienic procedures to contain the situation.
“As we all know, this disease is carried by rodents, we advise people to mind the way they keep their food, plates and pots in the house. People should always keep their environment clean so as to keep rodents, especially rats, away,” he said.
Dr Inusa enjoined the public to quickly report to the nearest hospital whenever they experience any strange health conditions such as bleeding, abdominal pain, among others further urged residents to avoid crowded areas and handshakes as well as endeavor to report to medical personnel if a family member dies of unexplained conditions.