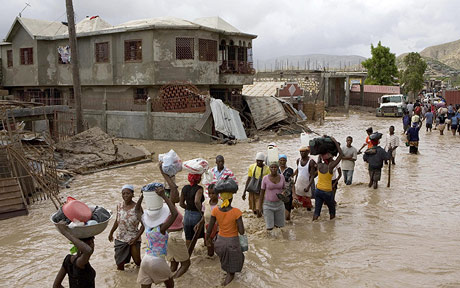 A member of the Bayelsa State Assembly, Chief Obedient Emoto, said on Friday that six people lost their lives to the outbreak of Cholera in Ologi community. Emoto told newsmen at Ologi, a coastal settlement in Ogbia Local Government Area that the Ccholera outbreak had unsettled the community and its neighbours. He called on the health authorities to take quick steps to arrest the situation, adding that out of the six deceased persons, one was a woman.

He explained that many persons, including women and children from the community, remained in critical conditions requiring urgent medical attention. According to Emoto, the development has caused fear and untold hardship to the people.

He said that unless urgent steps were taken, it could claim more lives as well as spread to other neighbouring communities.

The law maker appealed to the state ministry of health to send epidemiologists, health personnel and drugs to curb the epidemic. Reacting, Dr Ayibatonye Owei, the Commissioner for Health in the state, confirmed the outbreak but dismissed the death toll. He said that investigations showed that one person, who died in the community, did not even die of Cholera.

“People have politicized this Cholera issue and attributed every death in the communities to Cholera and this is very bad. I can tell you that we are on top of the situation and we will make efforts to combat the epidemic.

“We are committed to improving the health care of our people, the number of deaths caused by cholera confirmed in the entire state is not more than 10 since December when it was first reported,” Owei said.

He also said that health personnel and drugs had been taken to the affected area to contain the situation.

Owei urged residents of the state to always wash their hands when necessary as well as boil their water before drinking to curtail the spread of the disease.