The Nigeria’s Federal Government can save $300 million it is committing to eliminating malaria, if the citizens can ensure sanitation and personal hygiene.

The Environmental Health Officers Association of Nigeria (EHOAN) made the assertion on Friday in Lagos. The National President of EHOAN, Mr Samuel Akingbehin, told newsmen that the environmental health was essential to eliminating malaria.

”It was in the news few days ago that the Federal Government earmarked $300 million for elimination of malaria. ”Such money should be used for other capital projects because environmental health – sanitation and personal hygiene – is capable of reducing the burden of malaria. ”Every individual, every government should embrace it because what you throw to the environment, the environment will throw back at you,” he said. 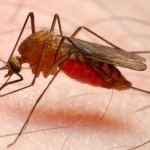 The EHOAN president said that there was correlation between waste in the environment and malaria, hence, the need for environmental sanitation and personal hygiene. According to him, waste comprises miscellaneous articles, rubbish, bottles, water retaining items and others.

He said that when waste retained water, it would breed malaria, noting that  malaria-causing mosquitoes –  female anopheles mosquitoes – developed rapidly in such a condition. ”Apart from water retaining  items, refuse blocking our drains also results in stagnant water. When that happens, it creates  a veritable avenue for breeding of mosquitoes, and these mosquitoes will transmit malaria to man. ”Malaria can be controlled through effective environmental sanitation.

“If our water bodies are made free-flowing, the vector which is mosquito will not breed there, and when the vector is eliminated or reduced drastically, it translates to reduction of malaria and malaria burden. ”If living rooms or houses are spread with net in the windows, mosquitoes will be prevented from coming in contact with human blood,” Akingbehin explained.

He also advocated the use of insecticide-treated mosquito nets to  prevent mosquitoes from having contact with man. The EHOAN president advised that flowers  in the environment should be regularly trimmed to avoid mosquitoes. He said that water-retaining plants such as like banana, plantain and cocoyam should be removed from the immediate  environment to reduce breeding of mosquitoes.

According to him, another veritable action is chemical control of mosquitoes –  the use of mosquito repellents and insecticides to reduce mosquitoes.

”It is the duty of every individual to make sure that water does not stagnate in his premises. ”People should fill up lowline portions of their compounds to ensure that drainage systems are flowing free.”People should make sure that wells are covered and that refuse within the compounds are closed in a tight-fitting receptacle to avoid breeding of mosquitoes so that, together, we can chase malaria out,” he said.

Newsmen report the 2018 World Malaria Day was celebrated on Wednesday with the theme: ‘Ready To Beat Malaria.’ The Federal Government had on April 22 committed to securing $300 million from the World Bank, Islamic Development Bank and African Development Bank to eliminate malaria.