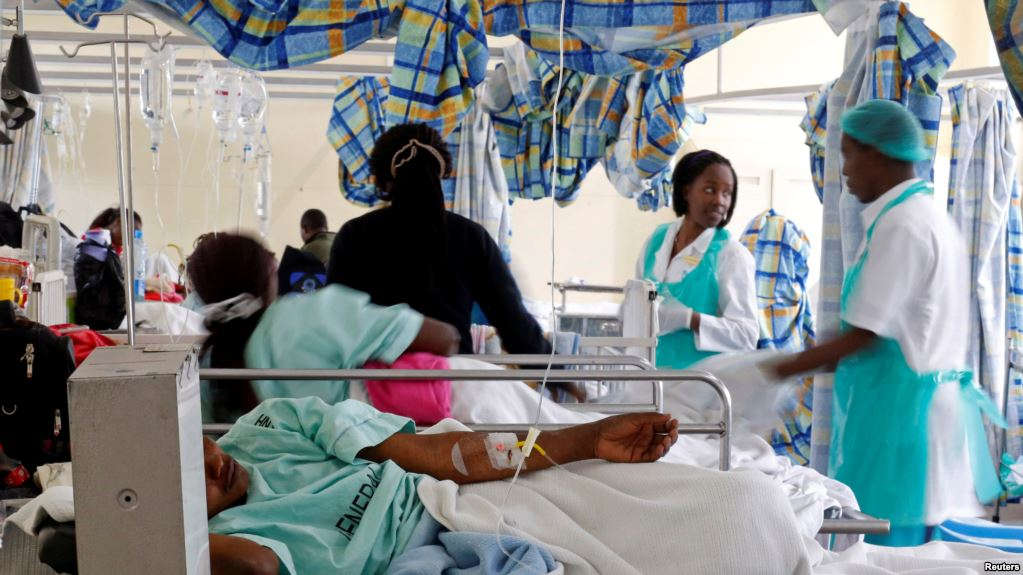 A cholera outbreak in Malawi has killed more than 1,000 people, the Health Ministry said on Tuesday as the country ran out of vaccines.

The southern African nation has been battling its worst cholera outbreak on record, with more than 30,600 people infected since the first cases were reported last year.

In November, it received almost three million doses of oral cholera vaccine from the United Nations to step up its immunisation campaign but case numbers continue to rise.

“We have used all the vaccines we had,” Health Ministry spokesman Adrian Chikumbe told AFP.

“The fact that there is only one cholera vaccine manufacturer worldwide makes it difficult to acquire the life-saving drug,” said Chikumbe. “We are competing for the same vaccine with everyone else.”

The death toll reached 1,002 on Tuesday, breaching a grim milestone and the previously recorded largest outbreak, which killed 968 people between 2001 and 2002, according to the World Health Organisation (WHO).

Cholera, which causes diarrhoea and vomiting, is contracted from a bacterium that is generally transmitted through contaminated food or water.

“What we need is high compliance to hygiene and sanitation,” said Chikumbe.

“Most people don’t believe we have cholera,” he told AFP.

Critics say the outbreak caught authorities off-guard when it hit almost 12 months ago.

Preventive health services chief Storm Kabuluzi said the government and aid groups were working to provide safe water and hand washing facilities. But he blamed some social sections for fuelling the disease’s spread.

“We have some religions that do not permit their members to go to the hospital,” when ill,” he said.

In September, the WHO warned that after years of decline, the planet was witnessing a “worrying upsurge” in cholera outbreaks, with climate change adding to traditional triggers such as poverty and conflict.

Worldwide, the disease affects between 1.3 million and four million people each year, causing up to 143,000 deaths.

WHO calls for action to protect children from contaminated medicines

WHO calls for action to protect children from...

Trans-fat responsible for 500,000 premature deaths – WHO