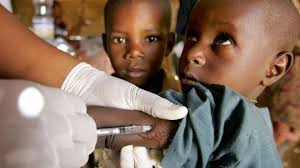 The Federal Government has deployed a team of experts and a modern mobile laboratory to assist Kebbi State Government to control Cerebral Spinal Meningitis (CSM).

The Director of Disease Control in the Federal Ministry of Health, Professor Abdulsalam Nasidi, who led the team, made this known when he visited Governor Atiku Bagudu in Birnin Kebbi.

Professor Nasidi said the mobile laboratory would be used to train medical doctors and health personnel, adding that experts would end the spread of the disease.

He said the federal government had provided CSM conjugal vaccines that would eliminate the type C of CSM, adding that the type A had been eliminated in the country.

The director added that the vaccines for the treatment of CSM Type C were costly and difficult to obtain, saying “no cure has been discovered for the disease.”

He said his team would assist the state to improve the healthcare delivery and health system in order to control emergence and spread of diseases, adding that the ministry would dialogue with the state to identify a befitting structure to site a standard research and disease control centre for the North West and neighbouring countries.

The governor said his administration would ensure that the vaccines were provided in all parts of the state and also urged all parents and guardians to ensure that people within the ages of two years and 30 years were vaccinated.

Health Reporters gathered that CSM has claimed four lives, while 34 cases have been put under control in isolated centres across the state.