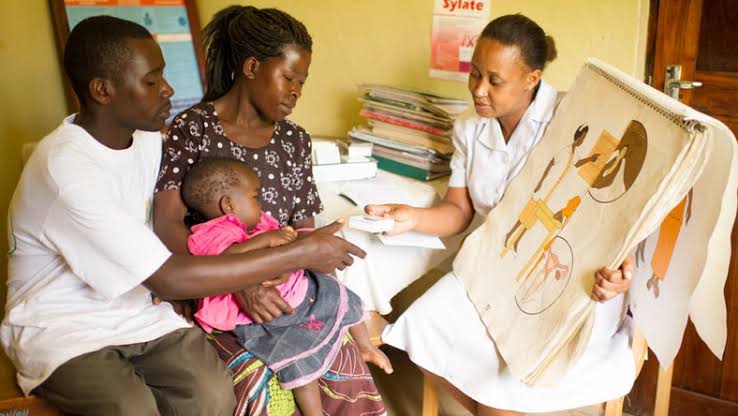 Niger State Commissioner for Information and Strategy, Alh. Danjuma Sallau has said that in order to improve the Contraceptive Prevalent Rate (CPR) in Nigeria, myths and misconceptions must be corrected and child birth spacing given priority.
Alh. Danjuma Sallau stated this when members of the state Child Birth Spacing Advocacy Working Group paid him an advocacy visit last Tuesday in his office.
He said the state government was disturbed with the rapid increase in population adding that if Nigerians do not control or space their birth, the population explosion would do the nation more harm than good with increase number of miscreants and criminals
He said the issue of child birth spacing has being over heated with myths and misconceptions and noted that the partnership with the media as the forth estate of the realm would help correct these myths and misconceptions and ensure that the right information was disseminated and to the right audience.
The Commissioner stated that child birth spacing does not make a man incomplete but rather make him a proud father of very responsible children adding that by spacing one’s children, he/she would have more time for the children and more resources to meet their needs.
He appealed to traditional and religious leaders to encourage their members to see child birth spacing as a way of life whose benefits can not be over emphasis.
Speaking earlier, the Family Planning State Coordinator, Mrs. Dorcas Talatu Abu said child birth spacing was been misunderstood as it is not about reduction in the number of one’s children but an opportunity to enable the mother regain her health, be able to take care of the new born and other members of the family.
Mrs Dorcas Talatu Abu said children should not be seen as a burden or a mistake but a blessing adding that every pregnancy therefore should be wanted and said that unwanted pregnancies most of the times result to unwanted children.
She said she does not see a reason why women should die from preventable causes especially while giving birth adding that if a women is able to space her birth, it would not only be beneficiary to her but her entire household.
Mrs Dorcas Talatu Abu noted that based on available statistics, abortion was high among married couples because of misconceptions and called on couples to see child birth spacing as safe and affordable.
Post Views: 34
0 comment
0
FacebookTwitterEmail