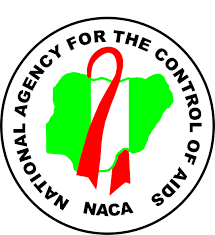 The National Agency for the Control of Aids (NACA) is seeking for more funding to help sustain its activities in reducing the scourge of HIV/AIDS in Nigeria.

NACA Partnership Coordinator, Dr. Emmanuel Alhassan, said at a workshop in Calabar, Cross River state capital, that the agency required more funds to sustain its activities even without support from donor agencies.

“We are calling on government at all levels, the national and state houses of assembly and corporate organisations to provide resources for HIV/AIDS control.Resource mobilisation will help us to sustain the successes we have achieved so far. Funding is one of the key priorities of NACA.

“We need financial and human support in the fight against HIV/AIDS such that in the absence of donor funding, we can be able to face the challenge of HIV/AIDS in the country,” he said.

Our correspondent reports that the workshop was to review the work plan for the implementation of HIV/AIDS Programme Development Project (HPDP).

Dr. Alhassan added that the project, funded by the World Bank since 2012 would terminate in 2017, saying the workshop is to map out strategies to ensure that HIV/AIDS spread in Nigeria is reduced to the barest minimum.

The coordinator said the programme had recorded positive results in the last four years, especially in reducing mother to child transmission of HIV/AIDS, providing counselling to vulnerable groups including sex workers, among other interventions.

“Millions of people have benefited from this programme; we have NGO’s that are carrying out the work in all states of the federation and Abuja. We want to ensure that every affected Nigerian woman accesses her prevention on mother to child transmission services,” he assured.