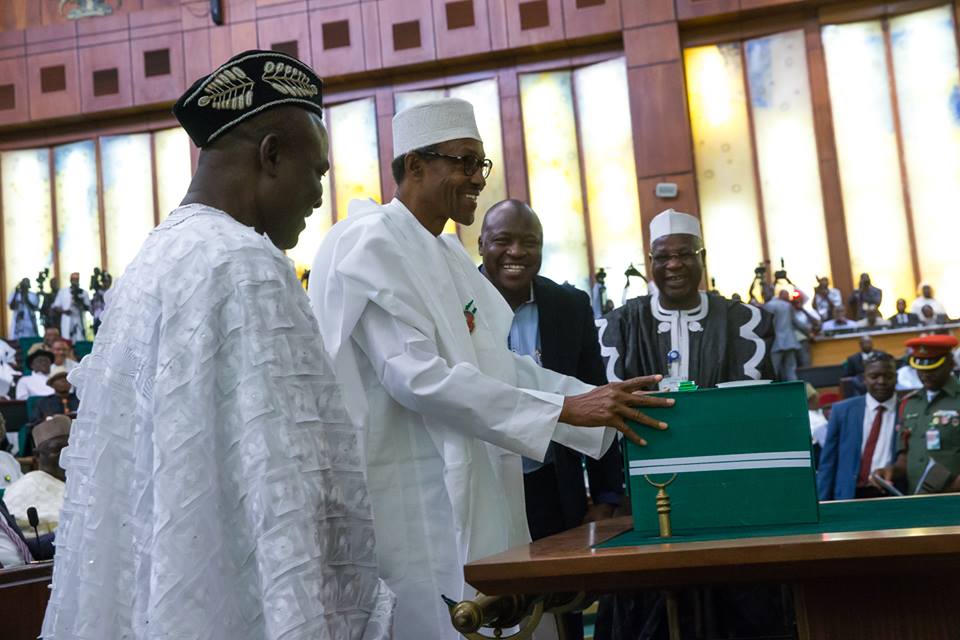 I reached out for a brief chat with the Nigeria’s Health Minister Professor Issac Adewole and the Executive Director of National Primary Health Care Development Agency Dr Ado J Muhammad on matters related to the 2016 Health Budget. It was a chance to meet after the 1st plenary session during the Universal Health Coverage Financing Forum in Washington DC on Thursday 14th April 2016. The event took place as a sideline to the 2016 World Bank/IMF Spring Meeting. I brought up the issue of what we already know with regard to the passed 2016 budget by the national assembly. In the passed budget about 4 Billion Naira was slashed from funds allocated for Routine Immunization and Polio Eradication. The reader might remember that President Buhari has requested for details from the national assembly to help him understand some of reviews they did before they passed the budget.

In the 2016 budget presented by President Buhari in December 2015, about 8 Billion Naira was allocated for Routine Immunization and Polio Eradication respectively and in what was returned to him 50% each of the allocation were removed and moved elsewhere. This was the issue I raised with our health leaders emphasizing the need to put heads together to ensure the funds are returned in the final 2016 budget that will be accented by President Buhari. I want to believe that the national assembly slashed these funds not intentionally to starve the health sector but because they might not be fully aware of significance of these allocation and consequences of their actions.

Our national legislatures should be aware that Nigeria is at a crossroads. This is because it has now join the club of ‘Lower Middle Income Countries (LMICs) ’. With a GDP of about $510 billion in 2014 it has now become the biggest economy in Africa ahead of South Africa which has occupy the 1st position for a long time. Nigeria that has over the years being enjoying support from GAVI (Global Alliance for Vaccine ) to finance its Routine Immunization Programme which was reported to contribute significantly to reduction of under-five mortality rate. From 2015 by virtue of its ‘LMIC’ status, the country has commence transition process from GAVI support. GAVI transition is calculated at 15% increase in Nigeria co-financing in 2015, and linear increase in co-financing obligation between 2015 and 2020.  In 2020, the full market price occurs, and Nigeria will pay the full cost of device and average freight for new vaccines. Having said that last year (2015) Nigeria was expected to start marching GAVI funds, we couldn’t do it, World Bank had to bail us out with a loan of $200 million.

Last year with the World Bank facility of $200m, Nigerian government had purchased enough vaccines that would last up to 3rd quarter of 2016, hence NPHCDA only allocated  about N4 billions of its 2016 requirement  that would  be sufficient to cover the last and 4th quarter of 2016. So technically if we didn’t have the surplus of the vaccines purchased with World Bank loan, this year our requirement to purchase vaccines would have being 14.4 Billion Naira not N4 Billion Naira. 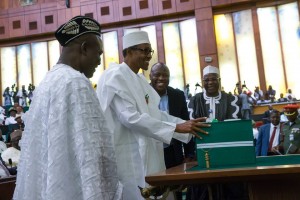 Iam sure now the national legislatures will see clearly that returning that money slashed is about credibility both in the eyes of local and international communities. And also it is about saving the lives of children, the leaders of tomorrow. If we can’t provide for our children, what message are we sending to the rest of the world?

The conference had recognized the remarkable achievement of the Africa continent for interrupting wild poliovirus transmission for more than one year; achieving near elimination of Meningococcal meningitis A epidemics, and the significant reduction in disease burden and mortality due to measles. The conference also recalled with nostalgia the Heads of State Declaration on Polio Eradication in Africa: “Our Historic Legacy to Future Generations” (Johannesburg, June 2015); the World Health Assembly resolution (WHA68.6) on the Global Vaccine Action Plan (Geneva, May 2015), the commitment made by African Ministers of Health on Universal Health Coverage in Africa (Luanda, April 2014); the Immunize Africa 2020 Declaration (Abuja, May 2014) endorsed by African Heads of State.

All these that we have signed up to as the giant of Africa mean nothing if we fail to commit and allocate financial resources to Routine Immunization and Polio Eradication.