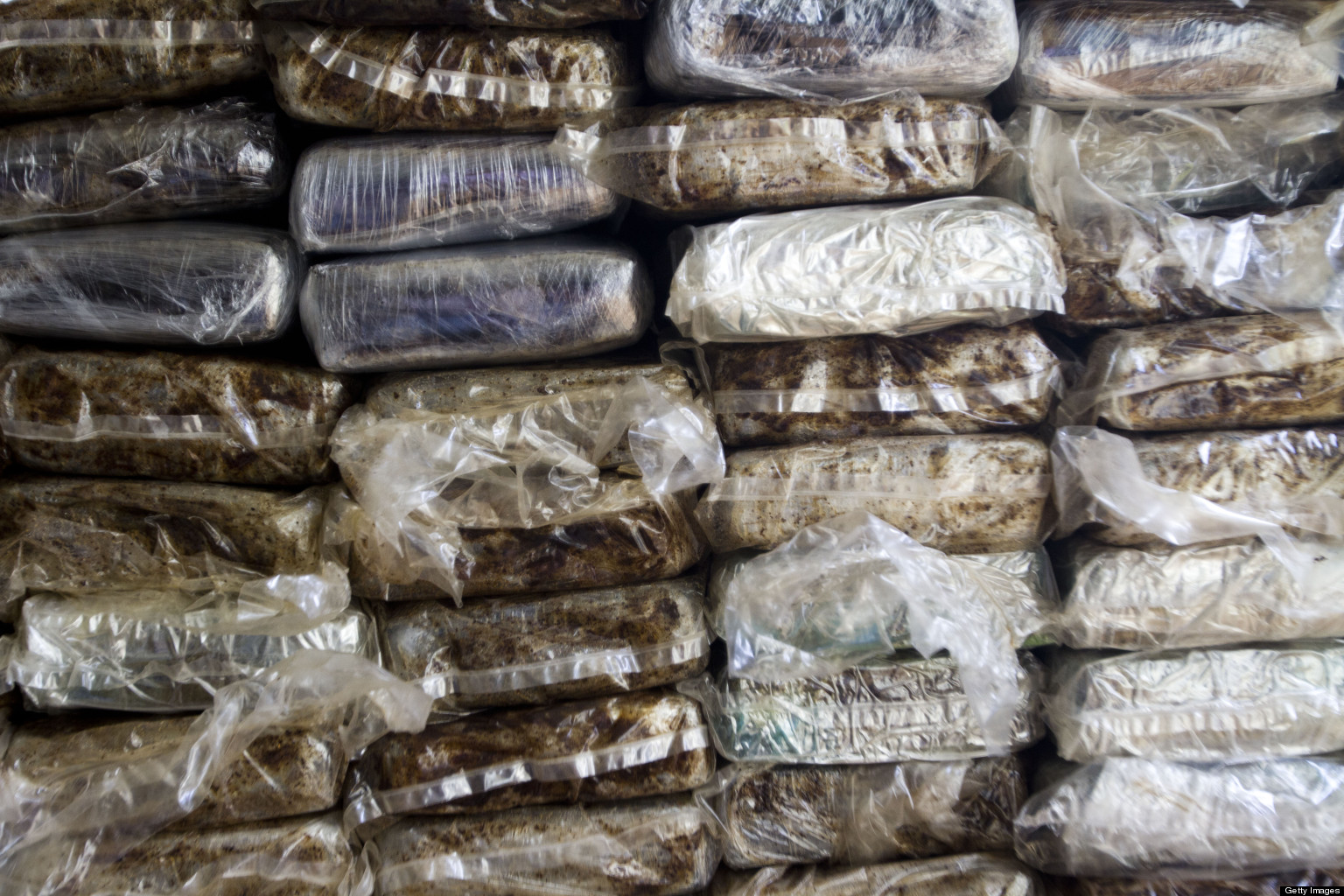 The National Drug Law Enforcement Agency has seized more than 174,341 kilos of narcotic drugs in the first five months of 2015 about the same amount of narcotics seized in the whole of 2010 but from fewer suspects. The Agency said more than 6,000 suspects accounted for over 178,000 kilos of drugs seized in 2010, compared with 3,478 suspects between January and May this year, according to data compiled by the agency. Cannabis also accounted for more than 167,000 kilos of the seizure on more than 126 hectares of land, and is at the heart of some 783 cases so far won in court, according to NDLEA Chairman Ahmadu Giade.

Heroin, cocaine and other psychotropic substances made up over 2,639 kilos. More than N542 billion worth of narcotics were seized last year, the agency said, amidst concerns so much flowing cash could have hampered general elections in 2015, with proceeds used to instigate upheavals. Glade said the huge amount was mind blowing and had the capacity to derail the most credible elections.

“We shall therefore continue to financially incapacitate and dislodge drug cartels,” he said. More than 4,529 hectares of farmland cultivated over 53 million kilos of cannabis alone were destroyed in 2014. Cannabis alone accounted for 86% of all narcotics seized between 2009 and 2013. The National Drug Control Master Plan, developed to guide anti-narcotics clampdown from 2015 till 2019 observed cannabis production in Nigeria has been high for the past 30 years, with large commercials sized plantations clustered in southwestern states and fuelling organized crime. It said organized crime in Nigeria is regarded as the “most active, connected, dispersed and entrepreneurial of any organized crime networks in the world.”

The master plan, launched in Abuja to commemorate International Day against Drug Abuse and Illicit Trafficking, emphasizes law enforcement and drug demand reduction, and for the first time requires that institutional, budgetary and political support be shared in a balanced manner between both anti-narcotics strategies.

“Drugs do not make heroes but drug addicts. Drug trafficking does not make people successful rather it makes them prisoners,” Giade said.  A national household survey of drug use in 2012 found Nigerians are 54% more likely to abuse painkillers like paracetamol and aspirin in their lifetime, compared with 11% for tranquilizers as Lexotan and 7% for opiates as codeine and morphine.

The United Nations Office on Drugs and Crime (UNODC) is leading a global fight against illicit drug production, trafficking and use, and has a mandate to assist member states in addressing challenges with development, security, and governance posed by illicit drugs, crime, terrorism, and corruption, said its country representative Koli Kouame.

Kouame said the master plan would provide an integrated and comprehensive roadmap for multi-sectoral interventions to address a wide array of drug related issues in Nigeria, in line with international drug control conventions.  Director General of National Agency for Food and Drug Administration and Control (NAFDAC), Dr Paul Orhii, has urged help from international bodies to control importation of illicit drugs. The agency is particularly worried about increasing use of Tramadol, a synthetic analogue of codeine not under international control.
Codeine is a component of cough syrup, the medium through which abusers get access to the drug.

“Nigeria has put Tramadol under national control to rein illicit distribution and abuse but there is need for international scheduling to effectively control illicit importation,” said Orhii. “Drug abuse is a global phenomenon that has assumed increasing and alarming dimensions; there is the need for all stakeholders to take clear decisive and sustained actions to stem this menace,” he said.

Group seeks law against stigma of Persons with Mental Health