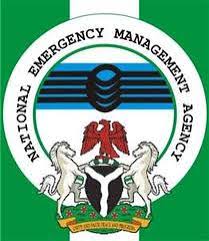 The National Emergency Management Agency (NEMA) has called on the Federal and State Governments to deploy additional doctors and other health personnel to Internally Displaced Persons’ (IDP), camps in the country.

According to NEMA Director General, Alhaji Mohammed Sani Sidi, the deployment would improve health care delivery to the displaced persons.

Sani Sidi stated this when he led a team of the agency’s Health Policy Specialists and Clinicians on the Health Needs Assessment and Strategy Appraisal in IDP camps in Maiduguri.

He said inadequate medical personnel in IDP camps had negatively affected the living conditions of the displaced persons, especially in Borno.

Records shows that a total of 27 new births were recorded in the Bakassi IDP camp accommodating 11, 819 displaced persons in February.

“This is in addition to 3,393 out-patient consultations conducted in February alone with only one medical doctor from UNICEF and some few health personnel attending to them,” he said.

The NEMA boss also appealed to volunteer doctors willing to be deployed to IDP camps in liberated communities to come forward and join the ones on ground, promising that that adequate security and incentives would be provided for them.

He explained that the assessment visit was to determine the medical challenges and health related issues affecting the IDP camps in Maiduguri.

He added that NEMA had established 12 satellite camps for IDPs in liberated villages in the state.

He listed hypertension, diabetes mellitus, eye problems, malaria, peptic ulcer and malnutrition as some health challenges in the camps visited.