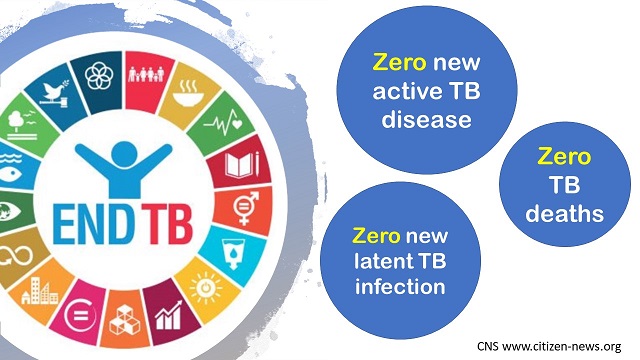 The Federal Government on Monday, in Abuja, declared a State of Emergency on childhood Tuberculosis in the country.

Dr Chukwuma Anyaike, the Coordinator, National Tuberculosis, Buruli Ulcer, and Leprosy Control Programme (NTBLCP), announced this at the bi-weekly meeting of the Federal Ministry of Health (FMOH), on COVID-19 and other infectious diseases in the country.

Also, about six per cent of all forms of notified TB cases in 2021 were children less than 15 years.

TB is an important infectious disease of public health concern.

The effects of TB on children in terms of morbidity and mortality are more than that of adults.

This ugly development may not be unconnected with the differences in characteristics and peculiarities of the disease in children.

Tuberculosis in children is usually primary, paucibacillary, characterized by difficulties in diagnosis of both drug susceptible and resistant TB.

This is associated with poor uptake of preventive therapy for those with latent infection, contacts and people living with HIV and AIDS (PLWHA), in most developing countries like Nigeria.

Chukwuma said that,the management of TB in children was characterized by difficulties due to both peculiarities of children and the disease.

“With detailed clinical assessment and examination of necessary specimen, in addition to strict adherence to the guidelines of the national TB control program, more cases of TB in children can be prevented, diagnosed, treated and reported,” he said.

The coordinator said that these disturbing statistics called for a a change in narrative of the country’s child TB scourge.

Concerted response from all stakeholders, he noted, were also urgently needed.

“We now have a National Steering Committee for childhood TB, which will now be the central advisory body of the Program.

“It consists of representatives from donor partners in the Programme and includes vast expertise in TB research, academia, and staff of NTBLCP,” he explained.

The National Coordinator said that the capacities of pediatricians and medical officers were being built in the country, to improve early diagnosis and prompt treatment of childhood TB.

“We are improving clinical diagnosis by the introduction of portable digital chest x-ray machines with artificial intelligence.

“The Global Fund is supporting this with USAID. The drug formula for the children has been improved,” he outlined.

Chukwuma said that the programme was also collaborating with the National Primary Health Care Development Agency, to improve on BCG immunization of children.

This is to primarily protect them from TB, Leprosy and even Buruli ulcer in the country.

He added that outbreak detection needed a system to successfully identify an epidemic at the earliest possible stage, through complete and timely reported data.

He noted that data had continued to inform the agency’s decision-making and it would continue to keep Nigerians informed.

The NCDC boss encouraged Nigerians to take the COVID-19 vaccine.

Adetifa said that the agency had also published public health advisories on Lassa Fever available to the public via its website.

He disclosed that the agency was keeping an eye on the Cerebrospinal Meningitis outbreaks on the country’s borders in the north and also investigating reports in Zamfara State.