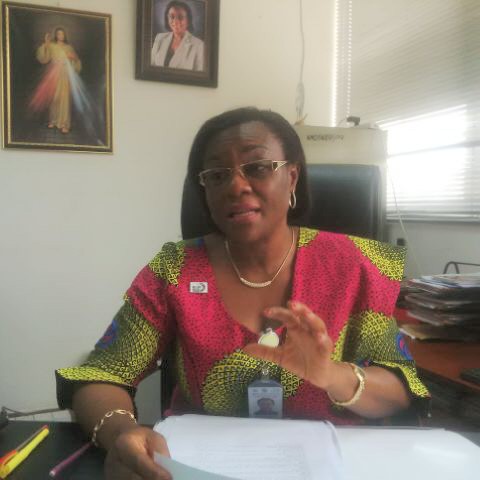 As Nigeria joins the rest of the World to commemorate World Malaria Day, the National Coordinator of National Malaria Elimination Programme, Dr. Nnenna  Ezeigwe told Ndidi Chukwu of Health Reporters that Malaria will soon be a thing of the past, if the Federal Government commits more fund to the programme.

What new thing is Nigeria doing towards eliminating Malaria as the World marks another World Malaria Day?

The new thing we have added to our strategic plan is the seasonal Malaria chemo prevention and what that means is that we give medicine to children that are U-5 years of age during the malaria transmission season. This is specific to some Northern part of the country, that we categories as Sahel region where we have about four months transmission of Malaria during the raining season, within the four months we are able to administer these drugs to children that are under five to boost their immune system and by so doing they will not have malaria until the season is over.

Is this chemo prevention method another form of vaccine against Malaria for children under Five years?

When you say chemo prevention, it is a preventive medicine you give but it is not vaccination. It is another form of prevention so when you give them that medicine within that period, they will not have Malaria. It is just similar to what we do for pregnant women. It is a similar medication that we give to them but the one for children now, to prevent them from coming down with Malaria.

What Malaria treatment do you have for pregnant women?

Women intervention has been on, it has been in the older strategic plans we have. It is a programme for women where by first they are encourage to register early for antenatal care and from the sixteenth week of pregnancy they are given these medicine every month during their antenatal visit up to a maximum of about three doses. If they are able to access that from that period they are not likely to come down with malaria and the unborn child will be prevented from suffering the effect of Malaria.

Most Malaria intervention programmes in Nigeria are donor driven; do you have sufficient support from the Nigerian government?

The Nigerian government is contributing a lot towards malaria elimination, but I believe they can do better, in terms of SMC that I talked about the government have not started investing in that area, it is a new thing and the partners are providing support towards that and we are hoping to scale it up to all the regions that are qualified and of course the federal government will have a role to play.

Some months back a data released from the National Malaria Elimination Programme made us understand that the use of the Long Lasting Insecticidal Treated Nets have remained very low in the country, has there been any effort to boost the awareness since then?

For the use of the insecticidal treated nets, we have seen some improvement especially in the World Bank Malaria Control  project States,  the last assessment we made in those states specifically there has been a lot of improvement. The last time we checked, the percentage of households that had at least one net had improved. In 2010, it was 88% but this time around the assessment we had shown that it is 85% but this is specifically for the States where the World Bank Booster Project was implemented. For the percentage of children under five years who slept under treated nets the previous nights, in 2010 it was 44.6% which is the national average and in 2015 we have 51.5%. I want to emphasise that these figures are for World Bank Malaria Booster Project. The Figure of 44.6 was what it was in 2010 in that area and in 2015 when we did the assessment again it was 51.5%. So you can see that there is an improvement…

…But not that much

Yes, well it is not that much but it is improving, ours is for it to keep going up until it hits about 85% which is our target, then we can break transmission of Malaria and currently there is a bigger study that will cover the whole state, it is ongoing now but at preliminary stages so by the end of this year we would have completed that study and we will be able to tell you what it is at the national level.

How many states are covered in the Booster Project?

The Booster project had seven states initially, but at some point Kano State dropped. Six States finished the booster project which ended on the 25th of March this year.

What is the place of Larvaciding in Malaria prevention?

Larviciding is a major environmental management intervention for which we are pushing very hard for. It is something we want to do; we have conceptualised and articulated a project. The project has received the approval of the Federal Executive Council and the National Economic Council, all we are waiting for is funding, once we have the fund that project will take off and it is not going to be just the Ministry of Health, it is going to involve the Ministry of Environment and other stakeholders that have some roles to play.

To what extent can that contribute to malaria elimination in Nigeria?

The most important thing now is that we believe we are on track, but we still have a very long way to go in terms of our prevalence which is still high but we are hoping that by the time we put all these interventions together, when the larvaciding comes on board and then people will use the nets that we are advocating optimally and the use of the ACTs and IPT, if all these things are scaled up in terms of uptake then we will move faster towards elimination.

Nigeria have developed a lot of interventions and elimination programmes with minimal or slow result, personally how does that make you feel, that people will collect nets and will never use them?

To say that I’m bothered is an understatement; it gives me a lot of concern. We can’t just be throwing resources, even efforts. Apart from the money it takes a lot of effort to distribute those nets, to me it is a very big issue and it gives me a lot of concern. Everyday I worry about how we can improve on the uptake and that is why I always want to talk with the media to keep pushing the message to the public, to plead with them to use these nets.

What is the life span of the nets you are distributing?

For now we say that after three years it is due for replacement because if you are using it consistently within three years it may have torn and secondly the chemical may have decrease to an extent that it may not be able to kill the mosquitoes again so every three years we advise that it should be replaced, and we have already started replacement. The campaign started in 2009, and we were able to complete the whole state and the FCT in 2013 and it is already four years for the people who collected in 2009 through to the time we finished distribution in 2013. We started replacement campaign from those states that started it initially from 2013 till date we have covered seven states. More states need replacement campaign.

How can a person live a life free of Malaria?

To live a life free of Malaria, you have to understand that it is caused by mosquito. If you are able to protect yourself from mosquito bites you won’t have Malaria. What that means is take the environment should be uncomfortable for the mosquitoes to breed. Environmental sanitation is key , so avoid keeping stagnant water; if you will have to store water ensure that it is covered. Sleep inside insecticidal nets. If you are pregnant register for antenantal care and always ask your health care provider about intermittent preventive treatment in pregnancy it is very important to get it if you are pregnant. When you suspect you have fever, don’t just take anything, it may not be Malaria so that you don’t endanger yourself, you have to be tested first.

‘Vaccination a gift for Life’