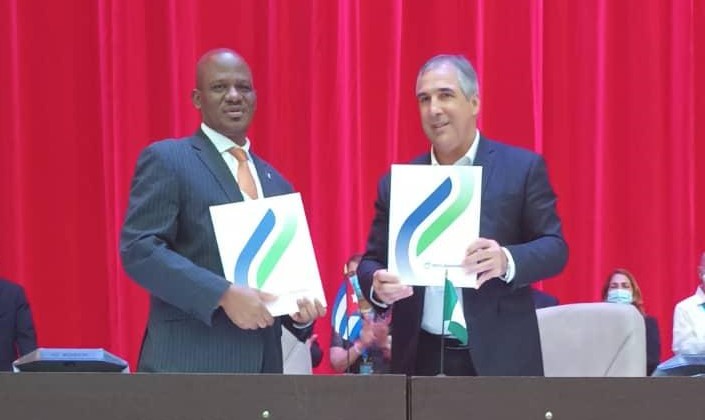 Nigeria has signed an agreement with Cuba to implement actions on contract manufacturing, technology transfer, vaccine production and commercialisation of the Cuban biopharmaceutical products in Nigeria.

Nigeria’s Ambassador to Cuba, Benaoyagha Okoyen, in a statement made available to newsmen in New York, said the two countries also agreed to partner in other areas.

He said both countries expressed interest to implement actions for the development of partnership particularly in projects for scientific cooperation, academic collaboration, co-development agreements and licensing of innovative products.

Okoyen and the President of the Group of Biotechnological and Pharmaceutical Industries (BIOCUBAFARMA), Eduardo Diaz, who represented the Republic of Cuba, signed the Expression of Interest Document.

According to the envoy, Nigeria signed the Document with Cuba at the just concluded 2022 BIOHAVANA International Conference held from April 25 to 29 in Havana.

“The Embassy of Nigeria in Havana, through the leadership of the Ambassador played a significant role in taking the Nigerian delegation through the different stages of their participation in the conference, including the coordination of several relevant side meetings.

The BIOCUBAFARMA, the organiser of the conference is the Cuban Government business organisation that produces drugs, equipment, and services through scientific and technical development to improve the health of the population, the production of exportable goods and services and advanced technologies in food production.

Delegates from over 50 countries witnessed the signing of 18 agreements by 12 countries, including Nigeria, Australia, Russia, Germany, Japan, Canada, South Korea and Turkey.