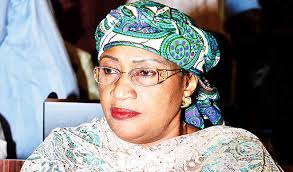 The Federal Government has pledged to revamp the National Gender Policy to meet up with the yearnings and aspirations of Nigerian women.

Minister of Women Affairs and Social Development, Senator Aisha Jummai Alhassan revealed this in Abuja, at a news conference to commemorate the International Women’s Day (IWD) celebrated globally on March 8.

The event with the theme ‘Planet 50-50 by 2030: Step It Up for Gender Equality’, was organised by the ministry to commemorate the IWD.

According to her, the government is tackling the challenges through the various measures put in place.

“An outstanding challenge is the need to revamp the National Gender Policy to make it more responsive to the priorities of Nigerian women and men and serve as a tool for achieving globally agreed frameworks.

“Other challenges include weak and inadequate capacity to conduct gender mainstreaming; poor institutional framework resulting in the lack of synergy with critical stakeholders,” she said.

The minister identified inadequate performance of the regulatory and supervisory functions of the Ministry especially to cover its mandate areas and the paucity of competent staff to handle the complexity of gender issues which are dynamic, context specific and constantly evolving, as some of their challenges.

She said: “These identified challenges are already being tackled with strategies indicated in the medium term strategic plan, the 2016 budget and priorities of the National Gender Policy which will be launched after due approval by the federal Executive Council.

“Emphasis will also be placed on professionalism of the ministry; streamlining and re-organising work as well as deepening partnerships with stakeholders including  donors to step up the capacity of staff advocacy to step up capacity and to assist with training and retraining of staff.”

The minister further stated that the ministry was not relenting in
empowering the rural women who make up 70 per cent of the population.
She added that the ministry had introduced Gender Responsive Budgeting
Initiative, expansion of the e-wallet programme, extension of women’s
water management initiative to more rural communities.

Senator Aisha said the Violence Against Persons Prohibition Act would give succour to many rural women who have had to undergo traumatic experiences due to harmful traditional practices and domestic violence.

“Among the many benefits that we expect from our interventions is the boosting of girl-child enrollment in schools. Specific strategies have already been initiated to make it possible.

Aisha Alhassan said the celebration will provide an opportunity to reflect on the potential of the Sustainable Development Goals (SDGs) in the area of women and girls.