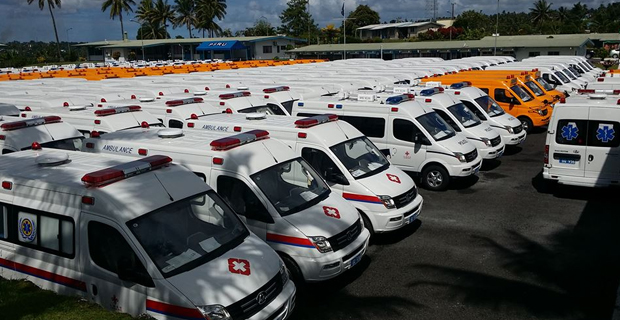 The Federal Government of. Nigeria will begin the pilot phase of the emergency ambulance services on Friday in Abuja, to facilitate access to first aid and healthcare in life-threatening situations.

Chairman of the National Emergency Medical Treatment Committee (NEMTC), Dr Felix Ogedegbe, made this known in Abuja during a Bi-Weekly Ministerial Media Conference anchored by the Minister of Health, Dr Osagie Ehanire.

According to him, the National Emergency Medical Service and Ambulance System (NEMSAS) committee which was inaugurated four years ago and mandated to work on the rollout of an ambulance service for Nigeria.

He said that the aim was to ensure that Nigeria got to the point of joining other countries in the world that have national emergency medical service.

Dr Ogedegbe said that with this system, Nigerians that need emergency medical care could call a three-digit number and have the response made to them immediately.

The chairman said that the nation was known for negative health indices leading to high mortality rates, which most times were as a result of inability to access medical care on time.

“It is therefore known that the way the Western countries or other countries have reduced these mortality figures and improve outcomes has been to make sure that there is a virile and active emergency medical service.

“The services will come to the aid of citizens whenever they need urgent emergency care.

“That has been a goal that has been bought the Minister of Health has personally learned to make sure that NEMSAS takes off in the country and becomes one of those established health entities that naturally provide care in Nigeria.”

Ogedegbe said that several trials had been carried out in the Federal Capital Territory (FCT) as the pilot state and that a call to 112 goes straight to the emergency communication centre which then goes to the medical dispatch system to get the ambulance to respond to the emergency.

He, however urged all states to emulate the readiness of the FCT and ensure all requisite structures and new medicines are proficient and empowered in an expedited rollout.

NEMSAS is the operational arm of the third disbursement gateway, designated in the National Health Act (NHA), with five per cent of the Basic Healthcare Provision Fund for Emergency Medical Treatment meant to provide urgent health service to Nigerians.

It addresses a serious weakness in Nigeria’s health system, which makes no provision for physical and financial access to First Aid and healthcare in case of life-threatening emergencies of any type.

Also, the Federal Ministry of Health in February signed a multi-sectoral Memorandum of Understanding (MoU) and inauguration of the Implementation Manual, for operationalising NEMSAS.