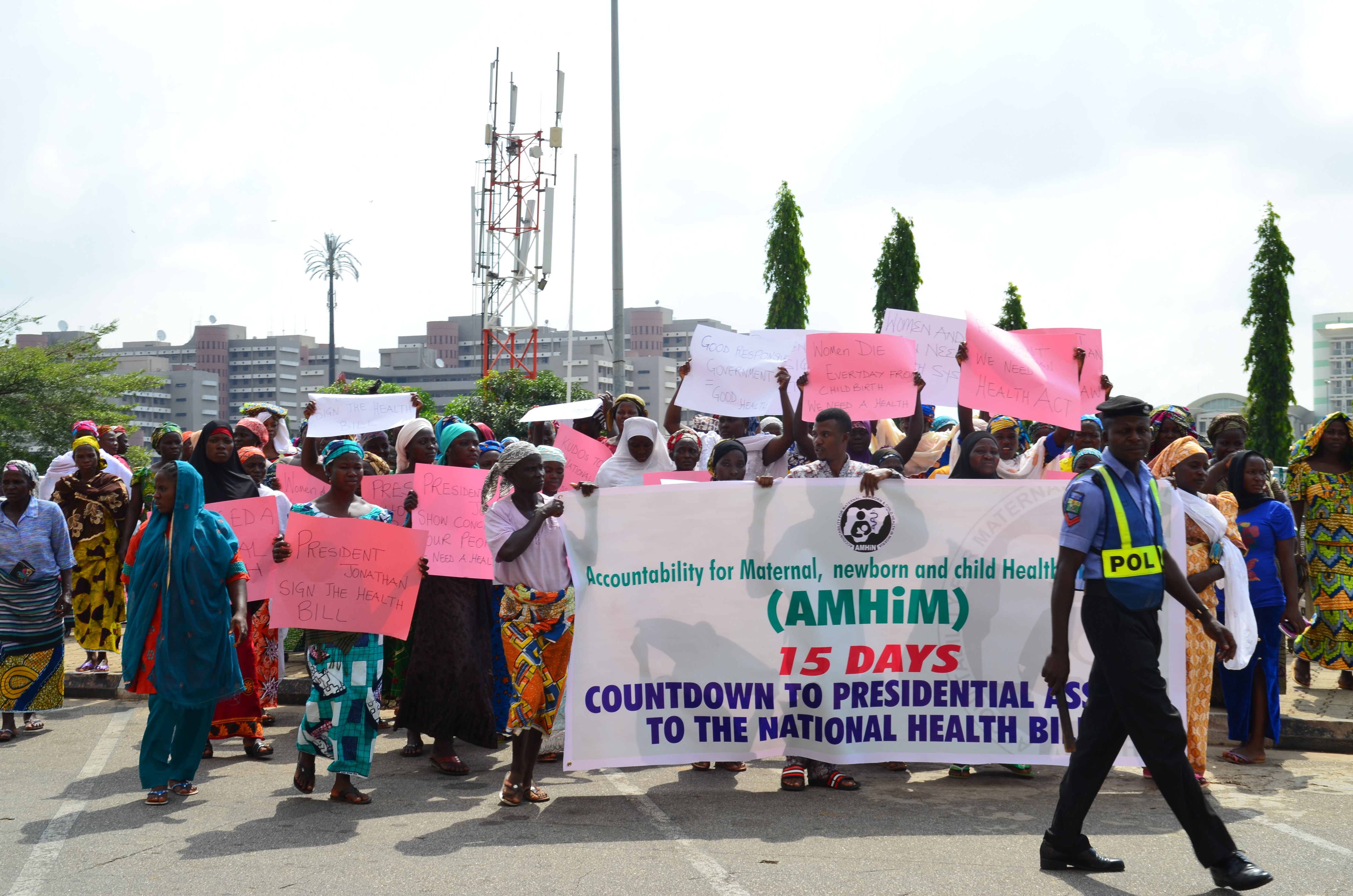 Nigerian women under the auspices of Accountability for MNCH in Nigeria (AMHiN) have today Friday 14th November 2014 led a peaceful rally at Eagle Square at the federal capital territory Abuja calling on President Goodluck Jonathan to sign the National Health Bill in to Law.

It remains only 15 days for the submitted national health bill to be assented by President Goodluck Jonathan, as failure to do that will render the bill invalid. The clock is ticking.

Nigeria has enter an election mood which creates an exciting moment for Mr. President to seize the moment and assent to the bill. Currently, an insufficient amount of funds is allocated to health sector which is below 10% of the country’s annual budget over the last 8 years. We are now also less than 500 days for the attainment of Millennium Development Goals (MDGs), serious calls and fast actions are required to address the shortfalls in investment in maternal, newborn and child health. The Nigerian Government specifically committed to;

The 2013 National Demographic Health Survey (NDHS) had scored Nigeria poorly in many health indicators. Our MMR is put at 576 maternal deaths per 100,000 live births which wasn’t significantly different from the ratio reported in the 2008 NDHS of 545/100,000. Other problems are;

With all these challenges and meagre financial resources allocated to health sector, it is the national health bill when sign in to law will lead to actions that will inject at least 1% of the consolidated oil revenue to health sector annually which will be used to improve primary health care and national insurance scheme to ensure universal coverage. Thus impact positively on the poor health indices, mentioned above.

Nigerian Women are calling on Mr. President to please sign the National Health Bill in to Law