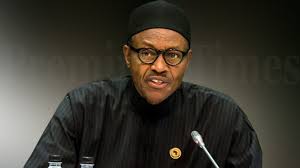 While commending the President for the thorough scrutiny of the budget, CHR/PACFaH implores him to task the Ministry of Finance through the office of the Accountant General to release Routine Immunization funds without further delay and as a demonstration of a good will to save the lives of millions of Nigerian children.

President Buhari has shown commitment to health, following his agreement with Mr. Bill Gates to co-fund and raise funding for Nigeria’s final push towards polio eradication. This is targeted at sustaining the gains since Nigeria interrupted the transmission of Wild Polio Virus in July 2014.

Mr. Gates pledged to contribute $80 Million, while Nigeria allocates N3.9 billion in the budget as a counterpart fund. Also in the 2016 budget N4billion was allocated for Routine immunization. However, 50% of the allocated funds for Polio and Routine Immunization have been slashed respectively by the National Assembly. However, CHR is hoping
that the president will ensure the allocation of N7.9 billion for Polio eradication and RI is in the reverse budget before he signs.

It is worth stating that the financial burden of polio eradication was largely borne by international donors. According to Stears Report, Nigeria’s total contributions to the Global Polio Eradication Initiative amounted to roughly $111 million between 2006 and 2013; and the estimated funding required for eradication efforts in Nigeria is $170 million just for 2016.

Nigeria has recorded significant progress in reducing childhood mortality, and vaccines have been a significant contributor, prioritizing the sustainability of these gains will be important at this point.

CHR/PACFaH Project Director, Dr. Aminu Magashi Garba said new vaccines such as the Pentavalent vaccine have been introduced and Routine Immunization (RI) coverage has improved significantly from about 48% to 50 % in 2012 and 2013, to coverage of 87% nationwide in 2014.

He said: “For the coming year, Nigeria plans to introduce five new life-saving vaccines between 2014 and 2018, and the updated Routine Immunization program can save 1.2 million lives between 2015 and 2020, compared with the current program. We are cautioning that delaying introduction of the new vaccines by one year will result in 5,000 more deaths over 2015 and 2020; delaying by two years would result in 50,000 more deaths within the same period; and choosing not to introduce or sustain key vaccines will result in fewer lives saved.”

In a time when the country is passing through a transition  process from donor support, amidst unmet needs for Routine Immunization of childhood killer diseases like measles, meningitis, Pnuemonia, Diarrhea, CHR/PACFaH calls on Federal Government to understand that by virtue of Nigeria joining the Lower middle Income Countries (LMIC) with a GDP of about $510billion in 2014, the country will no longer enjoy the Global Alliance for Vaccine Initiative (GAVI) funding support for immunization which has made significant contribution to the country’s immunization program. To this, the country has commenced its transition process from GAVI support. This implies that the immunization funding requirement for Nigeria increases overtime to the 2021 when the transition process will elapse.

For 2015, Nigeria could not pay its part of the funding requirement and was able to secure a bailout fund from the World Bank, it is with this bailout fund that the country is able to sustain its contribution till the third quarter of 2016, and thus the little budget it has for immunization for last quarter of 2016. It is expected that by 2017 budget the RI funds will increase and we hope that the president, his cabinet and the legislators will understand the reason for the increase in immunization fund and are able to adequately plan on how to self-fund immunization to sustain the gains already achieved in Nigeria.