“No woman, no adolescent, no child left behind” 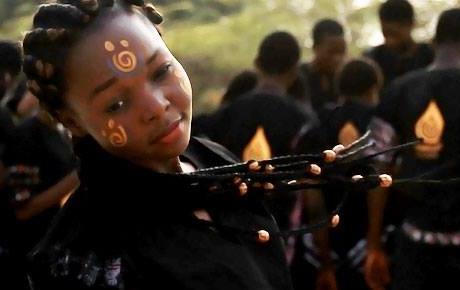 The title of my article today was the communique slogan for the recently concluded 3rd W.H.O/PMNCH Forum that took place in Johannesburg, South Africa; Monday 30th June – Tuesday 1st July 2014. It was arguably rated as one of the most influential political meeting on health in recent years. It was a gathering of about 1,200 participants from 60 or more countries hosted by the Government of South Africa, PMNCH, Countdown to 2015, A Promise Renewed and the independent Expert Review Group.

The meeting also launched the much-awaited reports: The Every Newborn Action Plan (along with 40 commitments to Every Woman Every Child), the Countdown to 2015 report and the Success Factors report. Through the Success Factors, highlight of the importance of working with sectors beyond health were featured.

At the end of the meeting a draft communiqué was presented which contain lots of useful information and call to attention expected of all of us for the sake of our women and children.

Ensuring the health and wellbeing of every woman, child, newborn and adolescent, the meeting reaffirm that the health of women, newborns, children and adolescents is a human right and at the heart of a people-centered approach to sustainable development. It also applaud the progress in almost halving global maternal and child mortality since 1990 and note in particular the achievements on women and children’s health since the 2010 launch of the UN Secretary-General’s Global Strategy for Women’s and Children’s Health, the related Every Woman Every Child movement, and regional initiatives such as the African Union’s CARMMA and the Maputo Plan of Action.

It however observed that progress has been uneven in many countries, with marginalized and underserved groups, including adolescents and newborns making the least progress. It also recognize the right of marginalized and underserved groups, including young people, to actively participate as partners in the design of policies and strategies that affect their lives and health.

Also stress that universal access to sexual and reproductive health and rights, including quality, comprehensive and integrated sexual and reproductive health information, education, services and supplies, is central to ending preventable maternal, newborn, child and adolescent morbidity and mortality and preventing stillbirths. It reaffirm that country leadership, including both governments and civil society, is vital for the success of these efforts.

It also call on the following

For the post-2015 Sustainable Development Goals, targets and indicators, the meeting emphasize the need to;

It also calls on countries to do the following;

In conclusion no one should be left behind and there is no room for complacency.

The launch of the Every Newborn Action Plan

Poor Immunization; Are the Governors aware of that?