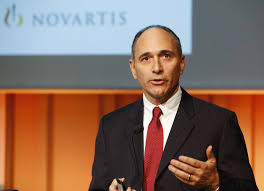 A leading pharmaceutical company, Novartis (NVS) has announced that it will further expand its long-standing partnership with Medicines for Malaria Venture (MMV), to lead the development of antimalarial compound, KAF156.

According to statement distributed by Africa Press Organization (APO), the drugs will be develop with scientific and financial support from MMV in collaboration with the Bill & Melinda Gates Foundation.

It was learnt that the agreement sets out the terms and conditions for the development of KAF156 and its future availability to patients.

CEO of Novartis, Joseph Jimenez said with a child dying from malaria every two minutes and the threat of drug resistance growing year-on-year, there is a real urgency to step up global efforts to combat the disease.

“Partnership and collaborations like this one with MMV are essential for the development of next generation antimalarials and accelerating efforts to eradicate this deadly disease,” Jimenez stated.

Health Reporters gathered KAF156 belongs to a novel class of antimalarial molecules and is one of the first antimalarial drug candidates to enter Phase IIb clinical development in more than 20 years.

“It acts against the two parasites responsible for the majority of malaria deaths (Plasmodium falciparum and Plasmodium vivax) and against both the blood and liver stages of the parasite’s lifecycle,” the statement read.

It was further stated that the drugs has the potential to provide a more convenient dosing regimen and to address the multidrug resistance that has emerged in five countries of the Great Mekong Sub-region (GMS).

“KAF156 builds on the heritage of Novartis in antimalarial drug development and the launch in 1999 of Coartem®, the first fixed-dose Artemisinin-based Combination Therapy (ACT). ACT is the current standard of care in malaria treatment,” the statement added.

CEO of MMV, Dr. David Reddy said his organization is delighted to extend its partnership with Novartis in the development of exciting candidate antimalarial medicine with the potential to tackle drug resistance and improve patient compliance.

He said: “As such, this agreement marks an important milestone, as MMV continues its mission to discover, develop and deliver new, effective and affordable antimalarials to the patients who need them the most.