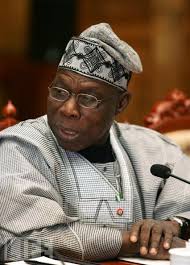 Former Nigeria’s President, Chief Olusegun Obasanjo has called for initiation of a national legislation against Female Genital Mutilation (FGM), to put an end to the dangerous practice.

About 20 million women between the age of 15 and 49 had undergone FGM in Nigeria, a scourge declared by World Health Organization (WHO) as a violation of human right.

Chief Obasanjo condemned the female circumcision and suggested specific measures for its eradication in his keynote speech delivered on his behalf by Femi Majekodunmi, a medical doctor, at the International Summit on Female Genital Mutilation/Cutting.

The summit which took place at the Mapo Hall in Ibadan, Oyo state, was organized by the Circumcision Descendants Association of Nigeria.

The Ex-president said FGM is a heinous crime against womanhood, the community and humanity.

He said: “A degradation of one is degradation of all. FGM has no known benefits, it is known to be harmful to girls and women in many ways. It is a violation of the rights of women and young girls who have no say on the matter.”

The United Nations General Assembly in 2012 adopted a resolution on the elimination of FGM. Nigeria is a signatory to international laws against FGM and only nine states in the federation have thus far legislated against it.

Obasanjo said there is therefore an urgent need for total eradication and abolition of FGM in Nigeria and ultimately globally.

The Chairman of the Circumcision Descendants Association of Nigeria, Abiola Ogundokun, said about 20 million women between the age of 15 and 49 had undergone FGM in the country.

According to the data provided by National Demographic Health Survey (NDHS), Osun state had the highest FGM prevalence rate followed by Ebonyi and Ekiti states.