Optometrists advise women against indiscriminate use of artificial eye lashes 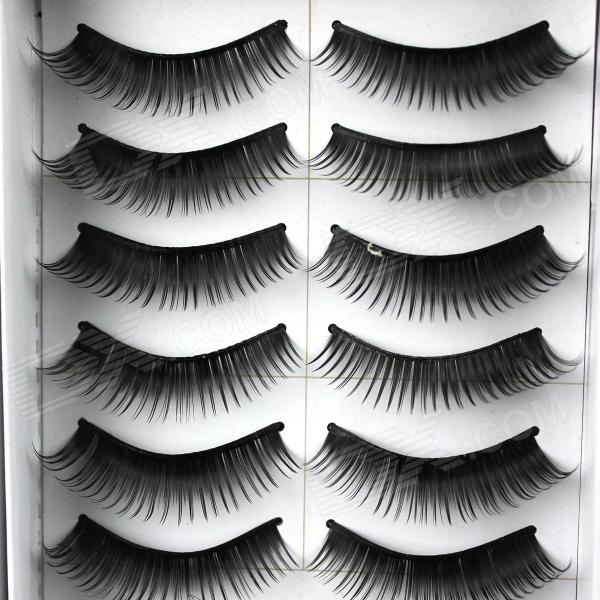 Some optometrists have advised women against indiscriminate use of artificial eye lashes during the festive period to avoid damage to the cornea. The optometrists, in separate interviews with the News Agency of Nigeria in Lagos, also advised women to patronise experts, if they must wear the lashes.

NAN reports that the use of eye lashes has taken root in the Nigerian fashion scene, especially during festive periods.A Consultant Optometrist, Dr Eniola Ajayi, said: “If one must wear eye lashes, you have to follow the laid down procedures as approved by professional anesthesiologists”.

Ajayi said that the laceration of the cornea could cause a scar and in turn impair vision.

“The issues lie with the technical fixing of the lashes, which can affect the front cover of the eye, the cornea.

“It is a transparent tissue and if anything causes it to lacerate, that is, cut or bruise, and it fails to heal well, it will cause a scar which will affect vision in terms of clarity.

“If in the process of fixing the lashes, proper hygienic measures are not taking, one can develops infection.

“The physical attributes of the lash, if not properly fixed, that is, if it is not correctly turned up, it can begin to abrade the eye causing an erosion of the cornea over time,” Ajayi said.

Another consultant optometrist, Dr Susu Enang, expressed concern over the use of super glue to stick the lashes.

“Although, I don’t have the authority to say people should not use these artificial lashes, I advocate sticking it with the natural ones.

“People come to my clinic with complains associated with injuries sustained from the use of artificial lashes.

“I have a patient who her cornea suffered burns when super glue accidentally got into her eye.

“When these artificial lashes are fixed by a non professional, it can turn inward and abrade the cornea.

“Also, when glue is applied on the eye lid margin, it blocks the sebaceous glands that secrete oil to moisturise the eye.

“It consequently denies the eye of the antibiotic properties it provides, resulting in infection of the eyelid and the sebaceous glands itself.

“Interestingly, artificial lashes create room for infections because people who wear these lashes do not wash their eyes well, and also when the lashes fall out, dust and bacteria will accumulate around the eyes,” Enang said.

In his comment, Dr Sandra Aigbe, said that glue contains chemicals like formaldehyde, which could have adverse effect on the eyes.

“The use of super glue is just wrong, it can also result in temporary and permanent loss of natural lashes.”

She further advised women to be wary of using artificial lashes if there was any form of discomfort in the eye.

“Avoid fixing lashes if you have any eye infection or disease,” she said.