PCN shuts down 98 pharmaceuticals in Bauchi 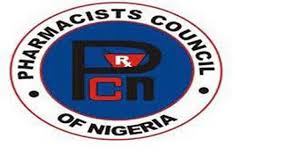 The Bauchi state chapter of Pharmacists Council of Nigeria (PCN) has sealed up over 98 Patent Medicine Stores operating in Bauchi metropolis over license default.

PCN State Officer, Pharmacist Bakwa Nenlap revealed this to newsmen at the end of two days inspection of pharmaceuticals by the Task Force Committee on Patent and Proprietors Vendors license in Bauchi.

Mr. Nenlap said the shops were locked in an effort to sanitised the system, sensitise vendors on the need of having license to end the sales of illicit drugs, to regulate proliferation of illegal patent vendors in the communities.

He stressed that the exercise was a continuous process to monitor and encourage the vendors to secured license for their shops and be recognized by the PCN.

He said: “The unscheduled inspection on patent medicine shops by PCN is an essential part of its regulatory mandate to ensure rational distribution and dispensing of medicines in the state.

Pharmacists Nenlap pointed out that PCN has given assurance that it will re-structure its licensing processes to enhance its efficiency and also educate vendors on the need for prompt payment of licenses fee.