The Federal Government said it will create more centres for Post-Polio Syndrome (PPS) in the country. 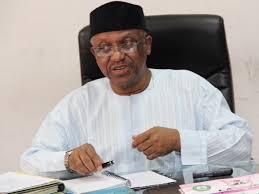 The Cedarcrest Polio Centre in Abuja is a collaborative, non-profit initiative between Cedarcrest Hospitals, Rotary Club of Koblenz, Germany, the Polio Centre of the Catholic Hospital Koblenz/Montabaur and Ottobock, a German prosthetics company in Duderstadt, responsible for several innovations in prosthetics.

The aim of the lecture is to educate people living with residual deformities after suffering from an acute poliomyelitis infection about
available treatment.

He noted that an estimated number of between two and three million Nigerians may be living with the damage of paralytic poliomyelitis.

“Such an initiative is timely and the Federal Ministry of Health, under my leadership, will do everything to encourage the
emergence of more of such centres.”

The minister said that there are modern protocols to treating persons living with polio paralysis ranging from diagnostic procedures to specific
treatment.

He explained that the treatment included the application of orthotic devices, specific specialised surgical procedures, custom mobility
assistance with crutches or manual and power wheelchairs.

Orthotics is a medical specialty that focuses on the design and application of orthoses. An orthosis is “an externally applied device
used to modify the structural and functional characteristics of the neuromuscular and skeletal system.

Ehanire noted that it was Nigerians’ collective social responsibility to ensure that people living with disabilities, including polio-induced disabilities achieved the maximum they could get.

The minister called on Nigerians to ensure that their children were immunised against polio.

Dr Felix Ogedegbe, the Medical Director of Cedarcrest Hospital, said that for the first time in Nigeria, people affected by polio would receive medical care and free assessment and treatment.

Ogedegbe said that the centre would run as non-profit organisation and would aim to bring advanced post-polio care to reach
millions of Nigerians living with complications of poliomyelitis.

The medical director said that as Nigeria continued to work toward the eradication of the threat of polio in the country, there was need to provide support services to polio survivors.

He added that “our centre works with the support of Rotary Club of Koblenz, Germany, the Polio Centre of the Catholic Hospital Koblenz/Montabaur and Ottobock, to connect polio survivors, share information and resources to polio survivors.

“We try to shine light on the post-polio syndrome that some of them live with.”

He said that many polio survivors suffer from treatable medical complications and preventable secondary deterioration while the medical community in general, was unaware of recent advances in polio care.

He, however, urged organisations, agencies, philanthropists and meaningful Nigerians to come on board and support people
affected by polio to fight PPS.

Meanwhile, the international community is set to commemorate the 2019 World Polio Day.