Polio: Global efforts save 20m children from disability – WHO 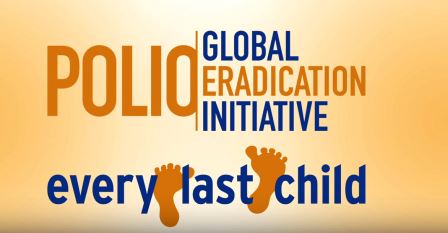 The World Health Organisation (WHO) said more than 20 million children have been spared disability and are walking today due to global efforts toward eradicating polio.

The WHO Regional Director for Africa, Dr Matshidiso Moeti, said this in her message to commemorate the 2022 World Polio Day (WPD), annually celebrated on Oct. 24 around the globe to raise awareness about the disease.

Polio or poliomyelitis is a disabling and life-threatening disease caused by poliovirus. The virus spreads from person to person and can infect a person’s spinal cord, causing paralysis can’t move parts of the body.

The theme of the day is “World Polio Day 2022 and Beyond: A Healthier Future for Mothers and Children.”

Moeti said the day provided an opportunity to highlight global efforts toward a polio-free world, and to honour the unwavering commitment of those on the frontlines of the fight to eradicate the disease.

She added that “since the landmark resolution for worldwide eradication of polio was adopted in 1988 at the 41st World Health Assembly, global efforts have achieved more than 99.9 per cent decrease in polio cases.

“Two of the three strains of wild poliovirus (Type 2 and Type 3) have been certified as eradicated, and in 2020, African Region was certified as free of indigenous wild polio.”

According to her, the progress is admirable, and has safeguarded millions of children and their families from this crippling virus.

Moeti said that however, detections of new outbreaks, including in areas where polio was believed to have been eradicated, was a stark reminder that if Africans do not deliver on the promise to eradicate all forms of polio everywhere, no child is safe anywhere.

The regional director explained that Global Polio Eradication Initiative’s (GPEI) strategy 2022-2026 to end polio lays out the pathway to finish this last mile.

“The significant global commitment to fund the strategy at the 2022 World Health Summit polio pledging event earlier this month, was extremely encouraging.

“In a show of global solidarity, the host country Germany, along with 15 other countries, as well as charities, international organisations and numerous private sector initiatives, committed more than 2.6 billion dollars to the strategy, more than half the total target.

“With this renewed financial commitment, we now have a critical opportunity to ramp up eradication efforts. For the African Region, this means improved surveillance and high-quality immunisation campaigns targeting zero-dose children for vaccination against all polio strains.”

Moeti said that at the end of the first quarter of 2022, WHO announced the successful closure of 32 outbreaks in 10 countries, yet there are ongoing outbreaks that demand vigilance.

According to her, this is critical for Africa to stamp out new cases of wild polio, as well as to safeguard the wild polio-free certification status.

She said that according to the most updated statistics for the continent, more than 250 cases of paralysis from polio have been recorded this year, noting that “to halt outbreaks of the circulating polio variant, 500 million vaccine doses have been administered globally, 95 per cent in Africa.”

Moeti said that with two immunisation rounds, no further transmission has been seen.

She explained that the polio response also prompted innovative digital technologies to identify, track and deliver vaccines, especially to those in hard-to-reach areas.

“Our endeavours to deliver a polio-free world are also helping to strengthen the public health system, boosting the overall response to other health threats and emergencies.

“The polio structure has been instrumental in supporting surveillance and the COVID-19 vaccine rollout globally, also increasing the efficiency of the region’s emergency responses to diseases, including measles and cholera.

“Going forward, it is critical that we continue to advance our polio transition plans in tandem with eradication efforts to leverage our limited public health resources.”

Moeti thanked the dedicated health workers who are delivering on the polio promise, going from door-to-door to administer vaccines in often challenging circumstances to safeguard every eligible child.

“Let us continue to support one another as we accelerate efforts in Africa and globally to end polio once and for all,” she said.