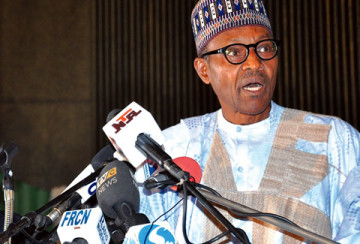 The Federal Government has assured Nigerians of immediate plan to contain the isolated cases of Wild Polio Virus recorded in Gwoza and Jere LGAs of Borno State. The Minister of Health Professor Isaac Adewole stated this in a press statement issued Wednesday following the news of two polio cases reported in the state but assured the general public that the Federal Government through the ministry of health is drawing out an emergency plan and in the next 48 hours will dispatch a team to the affected LGAs to commence immunization.

He said the discovery and confirmation of the outbreak was as a result of strengthened surveillance due to improved accessibility which has been made possible by the recent military action in liberating more communities in the North-Eastern part of the country.

He reiterated that the overriding priority right now is to rapidly boost immunity in the affected areas to ensure that no more children are affected by this terrible disease.To this end, the Hon. Minister directed the deployment of a national emergency response team, comprising government and partners to Borno State for immediate and robust polio vaccination campaign, targeting eligible children to prevent the spread of the virus locally and internationally.

“it is unfortunate that we have the development. It has set us back. But I can assure the nation that we will do everything possible to be on top of the situation. We are meeting again today. We had a meeting yesterday to look at the situation. We are drawing out an emergency plan and in the next 48 hours, we are dispatching a team there and we are going to start immunization”. Said Adewole

He said the Federal Ministry of Health through the National Primary Healthcare Development Agency (NPHCDA) with the support of partners including WHO and UNICEF are conducting detailed risk analysis to clearly ascertain the extent of circulation of the virus, and to assess overall levels of population immunity in order to guide the response.

As an immediate response the Ministry has announced that about one million children are to be immunized in four local government areas in Borno State. Children in adjoining states of Yobe, Adamawa and Gombe will also be immunized bringing the number to about five million in the four states.

It further stated the Federal Government’s commitment to achieving a polio-free Nigeria and assures the general public that the outbreak will be controlled as soon as possible adding that government will provide the needed resources to contain it. He therefore called on other states and local governments to redouble their efforts by safeguarding their territories from importation of the virus by providing the required leadership and ensuring accountability among healthcare workers and other stakeholders.

It would be recalled that in 2012, Nigeria accounted for more than half of all polio cases worldwide, but the country has made significant strides in recent years, going two years without a single case. This progress has been as a result of concerted efforts by all level of government, civil society, traditional and religious leaders as well as dedicated health workers.