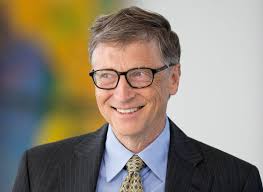 The founder of Microsoft, Mr. Bill Gates said the world can beat polio despite two new cases of the disease in Nigeria.

Mr. Gates who spoke to Voice of America (VOA) Africa 54 program, said he was disappointed to hear of two new cases in Borno state, located in North-Eastern Nigeria.

Gates who is also co-founder of Bill and Melinda Gates Foundation (BMGF), said he is ‘optimistic’ that the whole world will soon be polio free. He said he is hopeful, despite how hard it is to find kids in areas that are not safe.

“We need to access kids, and we need people to understand the importance of getting all the kids to take this oral polio vaccine,” he said.

Nigerian officials said the virus was found in two children from Borno State earlier this year. The discovery came days before Nigeria would have marked two years without a case of polio.

The Federal Ministry of Health officials told VOA that the army would help Health Teams to vaccinate children in Northern Nigeria.

The Bill and Melinda Gates Foundation has donated $3.5 billion since 2000 to stop polio in the world.

In 1999, the foundation said polio was present in 125 countries and paralyzed 350,000 people every year. But last year, Gates said, there were 19 cases in the world.

“This is, by far, the lowest year of polio cases ever and we’re getting smarter all the time about how we find the villages, how we reach out to the traditional leaders,” he said.

Gates said his goal is to allow ‘kids in poor countries’ to be as ‘healthy as kids in the rest of the world.’ That requires better health care, better food and more education in poor nations, he said.

He said: “There’s still a lot to be done and it is important to talk about how much progress has been made in recent years. In 1991, about 12 million children under the age of five died every year. But now the number is under six million.”

Bill Gates said it is important to spread the vaccination program into northeastern Nigeria, along with Pakistan and Afghanistan.

Philips to improves 3 billion lives by 2025