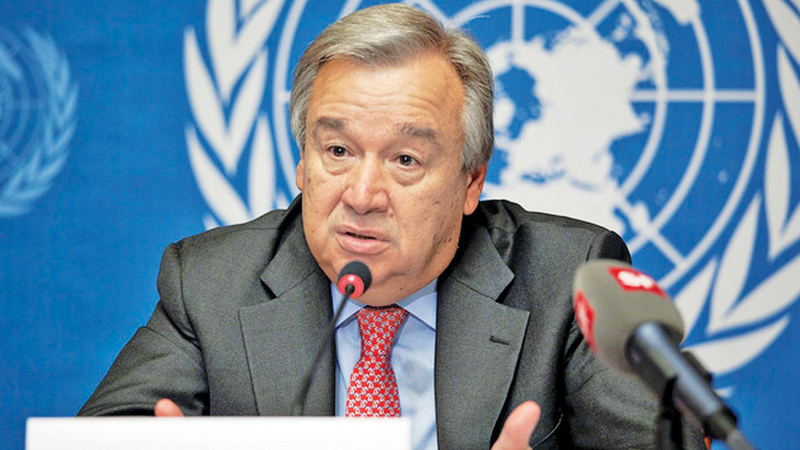 The United Nations Secretary-General, António Guterres, has called on Muslims to build a peaceful world, saying the holy month of Ramadan is a time for reflection and learning, an opportunity to come together and uplift each other.

Ramadan begin on Saturday and is being observed by millions of Muslims around the world.

Ramadan, is the ninth Islamic month, when fasting from dawn to sunset is compulsory upon adult Muslims, it begins and ends around the 29-30-day crescent moon.

In his video message marking the holy month, the UN chief said that he personally, had returned to fasting in solidarity, a practice he began as High Commissioner for Refugees, a title he held from 2005 through to 2015.

“Every Ramadan, I had the honour of visiting Muslim countries, fasting in solidarity, and breaking bread with people. Unfortunately, the COVID-19 pandemic made that impossible, but I am happy to resume this tradition this year,” Guterres said.

Citing the Holy Quran, the UN chief said that God created nations and tribes so that we might know one another and called on people to work hand in hand for the safety, dignity and prosperity of all women and men

According to him, the world is going through times of tragedy and suffering.

The secretary-general said his thoughts and heart are with everyone facing conflict, displacement and fear, adding that we must learn from each other and together, build a peaceful world.

Omicron BA.2 more transmissible, but not severe than BA.1 – WHO