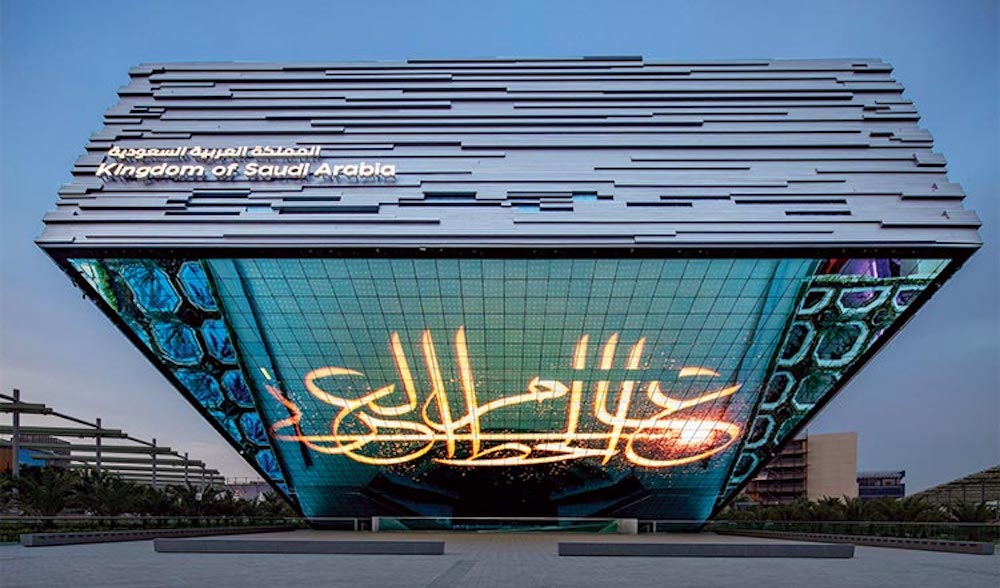 The Kingdom of Saudi Arabia has solicited the support of Economic Community of West African States (ECOWAS) in its bid to host the World EXPO 2030.

Royal Court Advisor to the Kingdom of Saudi Arabia, Ahmadu bin Kattan, stated this while on an official visit to the President of the ECOWAS Commission, Jean-Claude Brou in Abuja.

Kattan said that His Royal Highness, Prince Mohammed Al-Saud on October 29 2021 submitted a formal request to host the World EXPO 2030 in Riyadh.

He said that the Kingdom’s hosting is a true reflection of its efforts which coincide with the culmination of its Vision 2030.

“The Kingdom’s bid to host Expo 2030 is an important and symbolic challenge, and it has the capabilities and credibility to create a historical and successful version of the World EXPO.

“With the highest levels of innovation, and provide an unprecedented experience in the history of organising the world EXPO.

“The opportunity to host EXPO 2030 in the kingdom will allow the whole world to look closely at the experiences it has lived, and the results of the efforts related to the Kingdom’s vision 2030.

“Riyadh (the capital of the Kingdom, its largest city and its historical and cultural icon and regional symbol) will open its doors to the world through Expo 2030, making it a destination for tourists and investors, and specialised officials from all over the world,” he said.

Kattan pledged the commitment of the kingdom to provide all possible assistance and facilities to the countries of the African continent for the success of its exhibitions.

“As you know, the number of members of the International Exhibitions Organization is 169 countries, while 80 of them gave formal support, seven in writing, and 20 supported verbally.

“And soon they will announce their support, so, far its 107 countries, 47 of which are African countries supporting the Kingdom’s bid to host the Expo 2030.

“I proudly and happily say that all the 15 members of this organization have openly supported the Kingdom’s request.

“Except for one country, Cape Verde, because it is not a member of the International Exhibitions Organization, and we hope that you will join it in the near future and vote for the Kingdom in November 2023,” Kattan said.

The advisor, said that Saudi Arabia hosting the EXPO 2023 would be a great opportunity for the countries of the world, especially the African countries, to present their history, culture, civilisation and experiences through this important international exhibition.

“I look forward to this meeting as a starting point for further coordination and cooperation between the Kingdom and all the member states of the organization, with which the Kingdom has distinguished bilateral relations.

“Within the framework of the joint collective action through the eminent objectives and principles for which this entity was established,”Kattan said.

Brou expressed delight over the visit which he said will further strengthen cooperation between Africa, especially its institutions and the Kingdom of Saudi Arabia.

He said that West Africa has so many potentials for Saudi Arabia to invest in the region.

“ECOWAS expects more active role of the Kingdom to support the implementation of its regional integration, through development of key priority areas such as infrastructure, energy, agriculture, digital economy, and trade.

“For which Saudi Fund for Development (SFD) and the Islamic Development Bank (the Kingdom holds 23.5 per cent of the capital) are welcomed to assist.

“Regarding Trade area, much need to be done as stated by Dr. Benedict Oramah, President of the African Export-Import Bank (Afreximbank) at the Second Arab-Africa Trade Forum in Cairo in October 2021.

“According to Afreximbank, with total Arab-Africa trade at around 80 billion dollars, we have a long way to go to catch the opportunities that abound.

“With this potential, the Afreximbank notes that West Africa is ripe for Saudi Arabia investors,” Brou said.

Monkeypox: Suspected cases rise to 141 in 13 States in Nigeria