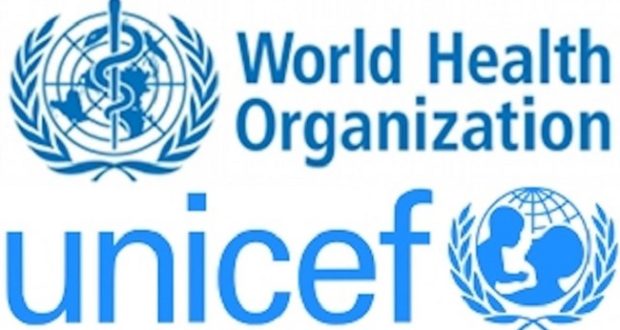 United Nations Children’s Fund (UNICEF) and the World Health Organisation (UNICEF) said despite a steady decline in the proportion of schools without basic Water, Sanitation, and Hygiene (WASH) services, deep inequalities persist between and within countries.

Schoolchildren in the Least Developed Countries (LDCs) and fragile contexts are the most affected, and emerging data shows that few schools have disability-accessible WASH services.

“The COVID-19 pandemic underscored the importance of providing healthy and inclusive learning environments. To protect children’s education, the road to recovery must include equipping schools with the most basic services to fight infectious diseases today and in the future.”

“Access to water, sanitation and hygiene is not only essential for effective infection prevention and control, but also a prerequisite for children’s health, development and well-being,” said Dr Maria Neira, WHO Director, Department of Environment, Climate Change and Health.

“Schools should be settings where children thrive and not be subjected to hardship or infections due to lack of, or poorly maintained, basic infrastructure.”

Schools play a critical role in promoting the formation of healthy habits and behaviours, yet many still lacked basic WASH services in 2021. According to the latest data from the WHO/UNICEF Joint Monitoring Programme (JMP):

One-third of children without basic services at their school live in LDCs, and over half live in fragile contexts.

In LDCs and fragile contexts, achieving universal coverage of basic sanitation services in schools by 2030 would require over 100-fold and 50-fold increases in respective current rates of progress.

Improving pandemic preparedness and response will require more frequent monitoring of WASH and other elements of infection prevention and control (IPC) in schools, including cleaning, disinfection and solid waste management.

The emerging national data shows that disability-accessible WASH coverage is low and varies widely between school levels and urban and rural locations, with schools more likely to have accessible drinking water than accessible sanitation or hygiene.

“In most countries with data, schools were more likely to have adapted infrastructure and materials, such as ramps, assistive technology, learning materials, than disability-accessible toilets.

“For example, in El Salvador, 2 in 5 schools have adapted infrastructure and materials, but just 1 in 20 have disability-accessible toilets.”

WHO advises against cancelling mass events amid Monkeypox...