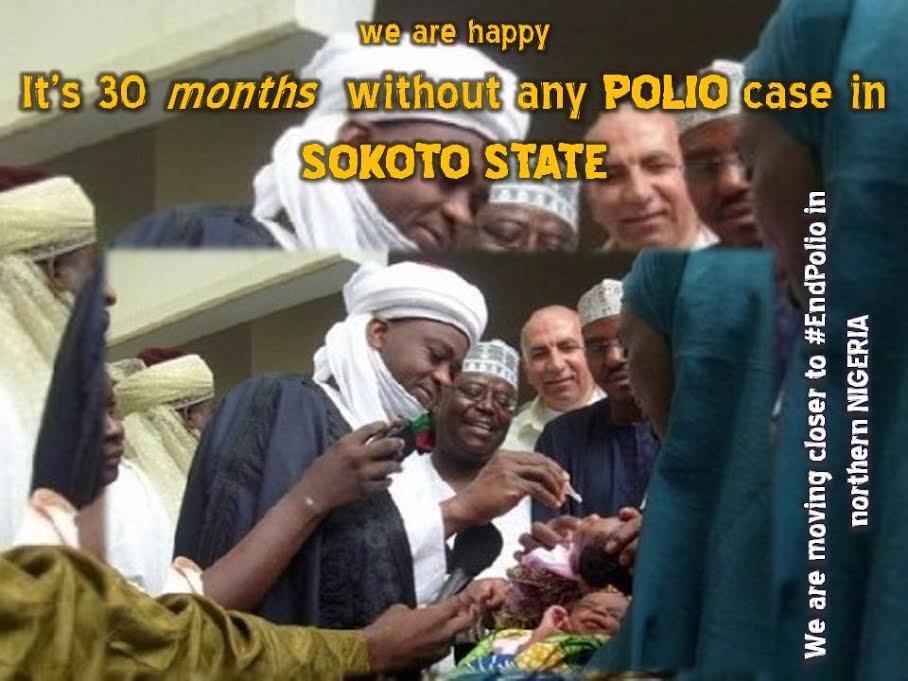 The Sokoto State Government says it will commence a special six-day polio immunisation exercise on February 18. The Executive Secretary of the State Primary Healthcare Development Agency, Dr Sani Labaran, disclosed this in Sokoto on Wednesday. Labaran spoke during a meeting with the Sultan of Sokoto, Alhaji Sa’ad Abubakar III, and the 85 District Heads in the state. He said that the exercise would be conducted in Sokoto North, Sokoto South, Wamakko and Kware local government areas. He said: “The exercise is to be conducted due to the discovery of a circulating vaccine drive in a stool of a boy in Tudun-Wada area, Sokoto South local government of the state.

“This was due to the low immunity of the child and it poses an imminent danger as he is susceptible to infection with the wild polio virus if he gets in contact with another child harboring it.” Labaran explained that the exercise would fully protect children from the four local government areas.

“If this tempo is sustained, Nigeria will be certified polio-free by the end of 2015,” Labaran said.
The Chairman of the State Chapter of Northern Traditional Rulers Committee on Polio Eradication, Alhaji Aliyu Attahiru, promised to sustain their efforts to stamp out the wild polio virus from the country this year.