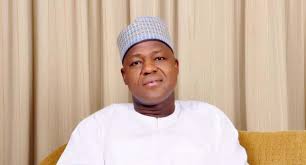 Speaker of the House of Representatives, Mr. Yakubu Dogara has provided free medical treatment programme to over 5, 000 patients across the 20 Local Government Areas of Bauchi State.

The programme carried out by a medical non-governmental organisation (NGO), Doctors On The Move Africa, includes; Outpatients consultations and drugs, diabetics and hypertensive screening, Reading glasses and cataract operations.

Other services rendered by the doctors are general minor and major surgeries such as Lipomas, hernia, fibroids and goitre.

The medical team also provided services such as ultra-sound scanning, HIV/AIDS and hepatitis screening as well as public health campaigns.

The doctors also conducted 452 cataract operations, an unprecedented record in eye surgeries within a span of 11 days by any organization, while 2,360 reading glasses were provided to patients.

Team leader of Doctors On The Move Africa, Dr Joseph Haruna Kigbu, described the success recorded during the outreach as the first by the organization in the last 13 years.

Dr. Kigbu, a former member of the National Assembly, commended the speaker for sponsoring the programme which enabled several poor patients across the state and other states of the North Eastern states of Adamawa, Borno, Gombe, Taraba and Yobe to benefit.

He said patients were given quality care from the doctors, pharmacists and other health experts.

Dogara who represents Bogoro/Dass/Tafawa Balewa Federal Constituency of Bauchi State at the National Assembly, had undertaken similar free medical outreach programmes in the past eight years for his constituents.

However, with his emergence as the Speaker, he expanded his gesture to cover all the local government areas of the State.