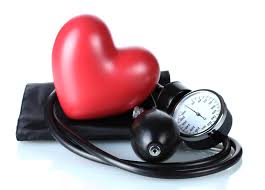 A new study has discovered an experimental drug that could eventually offer hope to millions of people struggling with uncontrolled high blood pressure.

Patients who took a daily dose of the drug, baxdrostat, were able to reduce their blood pressure substantially, compared to people who got a placebo, a report by NBC News says.

According to the study published in the New England Journal of Medicine and presented at the American Heart Association annual meeting on Monday, the oral medication works by targeting a hormone that regulates the amount of salt in the body.

Around 10 million people in the United States have a type of hypertension that puts them at increased risk of strokes and heart attacks, but doesn’t respond to available medicines, study co-author Dr Morris Brown, a professor of endocrine hypertension at the Queen Mary University of London, told NBC News.

The reason some people don’t get help from commonly used medications is that their hypertension is largely caused by the hormone called aldosterone, which controls the amount of salt retained by the body.

It is hard to directly reduce aldosterone because of its similarity to an essential hormone, cortisol, Brown said. The new medication gets around that problem by blocking an enzyme the body needs to produce aldosterone.

To test the safety and effectiveness of various doses of baxdrostat, Brown and his colleagues recruited 274 patients in the U.S. whose blood pressure was at least 130/80 mm Hg, despite being on at least three hypertension medications, the NBC News report says.

Hypertension is diagnosed when a person has a blood pressure of 130/80, while a systolic measurement of 120-129 mm Hg is considered to be “elevated.” A normal range is less than 120/80 mm Hg.

Participants in the phase 2 trial received one of three doses of the new drug or a placebo, along with the medications they were already taking. Those who received the highest dose of the medication saw their systolic blood pressure — the top number in the measure — drop an extraordinary 20 points during the study.

Surprisingly, even the placebo-treated patients saw a reduction of 11 points.

The large improvement in the placebo patients is likely due to their being more scrupulous about taking their other medications, Brown said.

“The likelihood always is that people were not taking every tablet every day that they were meant to be,” he added. “But when they come into a study, they start taking their tablets more religiously.”

The new medication also appeared to be safe in the trial.

“No symptoms different from placebo effects emerged in this study, other than dizziness in a few patients when their blood pressure fell,” Brown said, adding that there was also a rise in potassium levels in two patients.

While high potassium levels can lead to heart rhythm problems, “there were no subjects who were not able to finish the study because of a rise in potassium.”

Right now, many with resistant hypertension have to live with the consequences: an increased risk of stroke, heart attack and heart failure.

The trial not only proved the medication decreased blood pressure but that a higher dose decreased it even more, said cardiology specialist Dr. Johanna Contreras, director of the Ambulatory Heart Failure Network at the Mount Sinai Health System Network in New York City, who was not involved in the study.

It’s unclear when the drug could be approved by the FDA.

The findings from the clinical trial suggest the drug “merits further exploration,” said Dr Donald Lloyd-Jones, chair of the department of preventive medicine at Northwestern University’s Feinberg School of Medicine and the immediate past president of the American Heart Association.

“It has a pretty big impact and looks promising. But it’s not ready to be approved by the Food and Drug Administration and it’s not ready for clinical prime time yet.”

There’s already a medication, spironolactone, that aims the same pathway — that is, lowering the impact of aldosterone, said Lloyd-Jones, who was not involved in the study. That medication blocks the receptor for aldosterone, and while it’s effective it does have side effects, he added.

If this “pans out in phase 3 trials it could be an important addition” to the list of drugs we currently have, Lloyd-Jones said. For now, “I’m cautiously optimistic but we definitely need more data.”