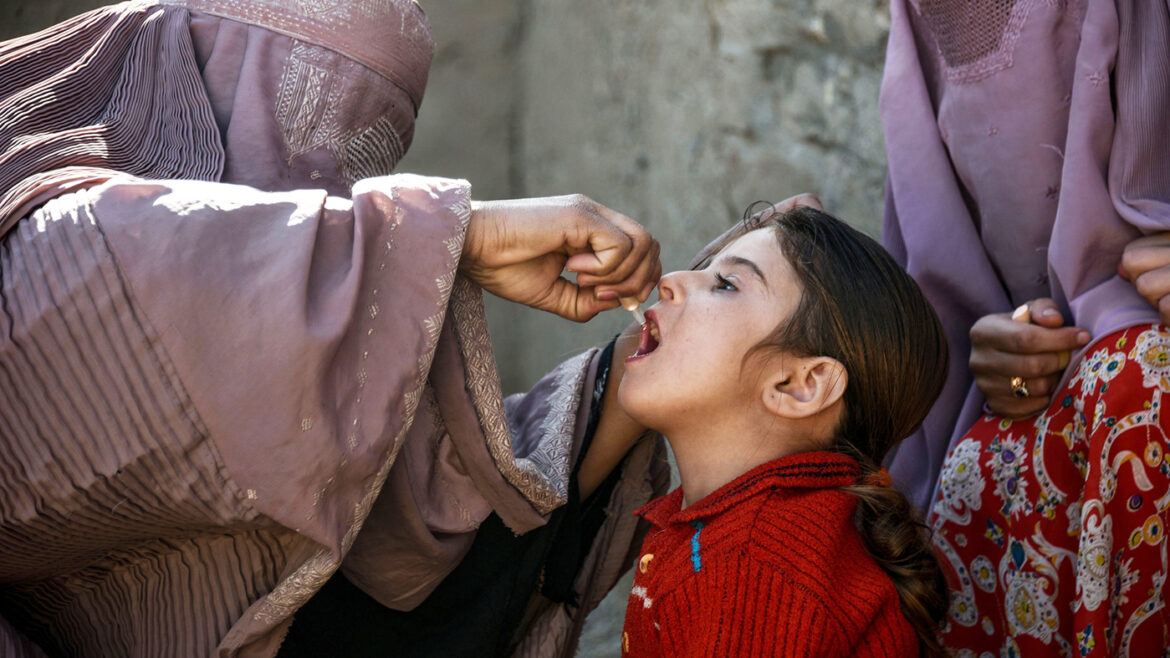 The World Health Organisation (WHO) and the United Nations Children’s Fund (UNICEF) on Monday announced in a joint statement that the Taliban leadership has agreed to allow the resumption of the door-to-door vaccination drive against polio across Afghanistan.

The vaccination campaign, which is set to begin on November 8, will be the first in over three years to reach all children in Afghanistan.

This includes more than 3.3 million children in some parts of the country who had previously remained inaccessible to vaccination campaigns, according to the statement.

In the past, vaccination teams in areas controlled by the Taliban had repeatedly encountered difficulties.

They previously accused polio vaccinators of gathering intelligence against their militants but they are now the de facto government of Afghanistan after toppling the internationally backed Kabul government in August.

WHO representative in Afghanistan, Dapeng Luo, has called the Taliban decision an “extremely important step in the right direction.’’

The statement confirms that the decision was being made by the Taliban as a result of ongoing high-level dialogue between the UN and the Taliban leadership.

Taliban leaders have committed to the inclusion of female frontline workers and the provision of security and safety for all health workers across the country, the statement further said.

Previously, polio vaccinators were repeatedly attacked in the country.

In June, at least five members of a polio vaccination team were shot dead in eastern Afghanistan and several others were wounded in the attacks that led to the suspension of the drive in the region.

Pakistan and Afghanistan were among only a few countries in the world where polio is still endemic.