Trypanosomiasis eradicated as public health problem in 3 African countries – WHO 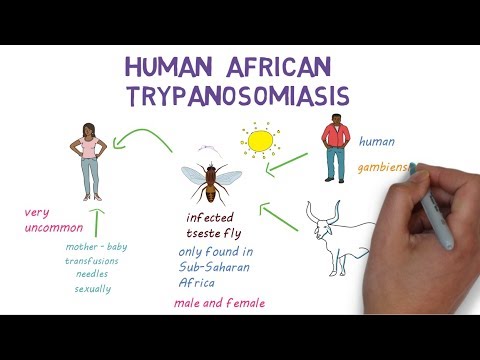 Three African countries, Benin Republic, Uganda and Rwanda have now received validation from the World Health Organisation (WHO) that they have eliminated at least one form of Human African Trypanosomiasis (HAT) as a public health problem.

The HAT also referred to as sleeping sickness, according to the WHO, is a life-threatening disease that afflicts poor rural populations. Carried by tsetse flies, the disease has long been a curse for communities in West, Central and East Africa, where two different variants of the disease were rife

The WHO disclosed this in a bulletin posted on its website accessed by Health Reporters on Friday.

According to the global health body, Uganda is the only country where both forms of HAT are endemic but as of now, it has attained elimination of the gambiense form as a public health problem.

Uganda stays dedicated to eliminating the rhodesiense form, which is said to affect central and southern regions.

In 2020, Togo and Côte d’Ivoire were the first two countries to be granted validation from the UN body as having eliminated the gambiense form of HAT as a public health problem.

“All three countries have carried out extensive laboratory tests and reactive interventions in areas where cases were diagnosed, and have also undertaken interventions to target the vectors of disease, in this case, the tsetse flies.

“They have also demonstrated that they have detailed plans for on-going HAT surveillance, to monitor for further outbreaks of disease,” WHO said.

Recall that the WHO, in 2001, launched an initiative to fortify the surveillance and control of the disease in all endemic countries.

The initiative was prompted by a large number of HAT cases recorded at the start of the 21st century. It led to a progressive decrease in incidence and for the first time in 2018, cases went to less than 1000 yearly.

Countries are expected to adhere to specified rules by the WHO before they are granted validation of elimination. They are to submit dossiers to the UN body for assessment.

This assessment will be led by an independent group of experts and they will determine whether the countries have met the criteria for elimination.

The WHO said, “Validation of elimination in Benin, Uganda, and Rwanda is an important step towards widespread elimination of both forms of HAT as public health problems.

“It is also an important step on the road towards the ultimate goal, namely to eliminate the transmission of gambiense HAT by 2030 to meet the 2030 NTD road map target.

“The further good news is that many others are following in these countries’ footsteps and are currently submitting their own dossiers for validation.”

“Congratulations to Benin, Uganda, and Rwanda and here’s to even more countries following in their footsteps very soon!” WHO said.