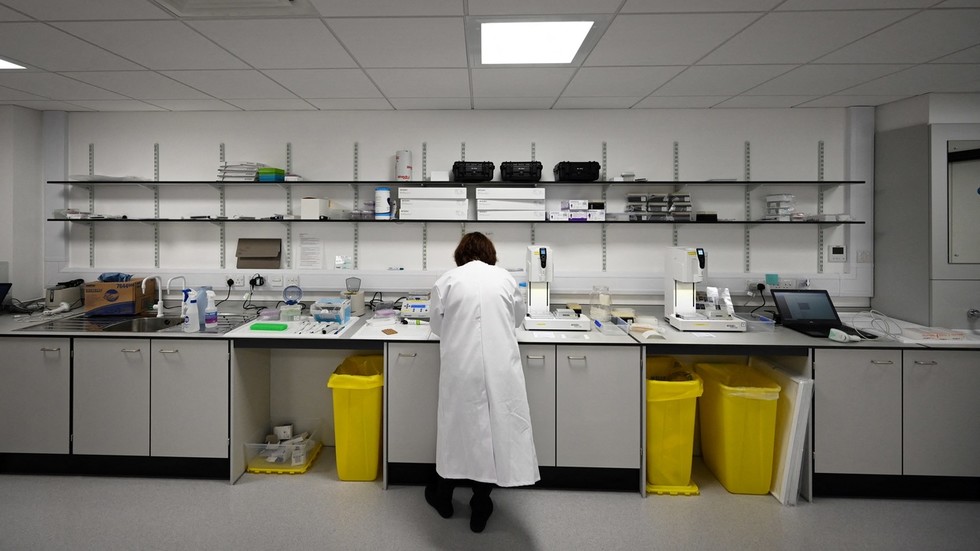 About 43,000 people in England and Wales may have been wrongly told their COVID-19 test was negative because of errors at a private laboratory.

Testing at the Wolverhampton lab has been suspended following an investigation by NHS Test and Trace.

It is now contacting those affected, mainly in the South West region, to ask them to take another COVID test.

Concerns were raised when people had positive lateral flow tests, but negative PCR results from the lab.

Prof Alan McNally, from the University of Birmingham, told the BBC he was “astonished” by the revelation and could not work out how so many tests could be incorrect. He called for a “thorough investigation”.

The error could mean thousands of people infected with COVID-19 were wrongly told to stop isolating, and may have infected others.

Lateral flow tests (LFTs) are rapid tests widely used by schools and workplaces to find people with no symptoms who are infected and can spread the virus.

PCR tests, which are sent off to a lab to be analysed, detect the virus several weeks after infection and trigger contact tracing. After a positive LFT, official guidance is to take a PCR to confirm Covid-19.

Some false negatives are expected, because no test is 100% perfect, but reports of this happening appeared to be unusually high in certain areas over the past few weeks.

The UK Health Security Agency (UKHSA) said around 400,000 samples had been processed by the privately-run lab and it estimated 43,000 people may have been given incorrect negative test results between 8 September and 12 October, with 4,000 of those from Wales.

All samples from the lab, where Immensa Health Clinic Ltd runs the testing operations, are now being sent to other labs.

UKHSA said all other labs are working normally and there are no technical issues with the test kits themselves.

Dr Will Welfare, public health incident director at UKHSA – which replaced Public Health England – said: “As a result of our investigation, we are working with NHS Test and Trace and the company to determine the laboratory technical issues which have led to inaccurate PCR results being issued to people.

“We have immediately suspended testing at this laboratory while we continue the investigation.”

He said the public should remain confident in using both kinds of test, and continue to get a follow-up PCR test after a positive LFT.

The company said it was “fully collaborating” with health officials on the matter and added it had already analysed more than 2.5 million samples for NHS Test and Trace.

We have been hearing about this for the past couple of weeks – anecdotally – from GPs.

They reported patients getting in touch, saying they were unwell, had all the symptoms, had tested positive on a lateral flow, and then had gone to get the confirmatory PCR and it was negative.

GPs were rather suspicious of this – it seemed to be largely around the South West of England.

The problem is with the laboratory in question, not the testing sites.

But on September 8, the date from which the UK Health Security Agency says results have been affected – goes back a little way.

Many coronavirus testing sites in England and Wales are likely to be affected by the lab errors, including one at Newbury Showground in West Berkshire.

On Thursday evening the local council told people who had got a negative result at the site between 3 and 12 October, to book another test.

West Berkshire Council said it had been told by the government that a number of other sites nationally may have been affected.

For several weeks, there have been widespread reports in the South West of England of people testing positive with lateral flow tests, but then later testing negative after a PCR test.

Scientists had called for the issue to be looked into quickly, with one study suggesting positive lateral flow test results were very accurate and should be trusted.