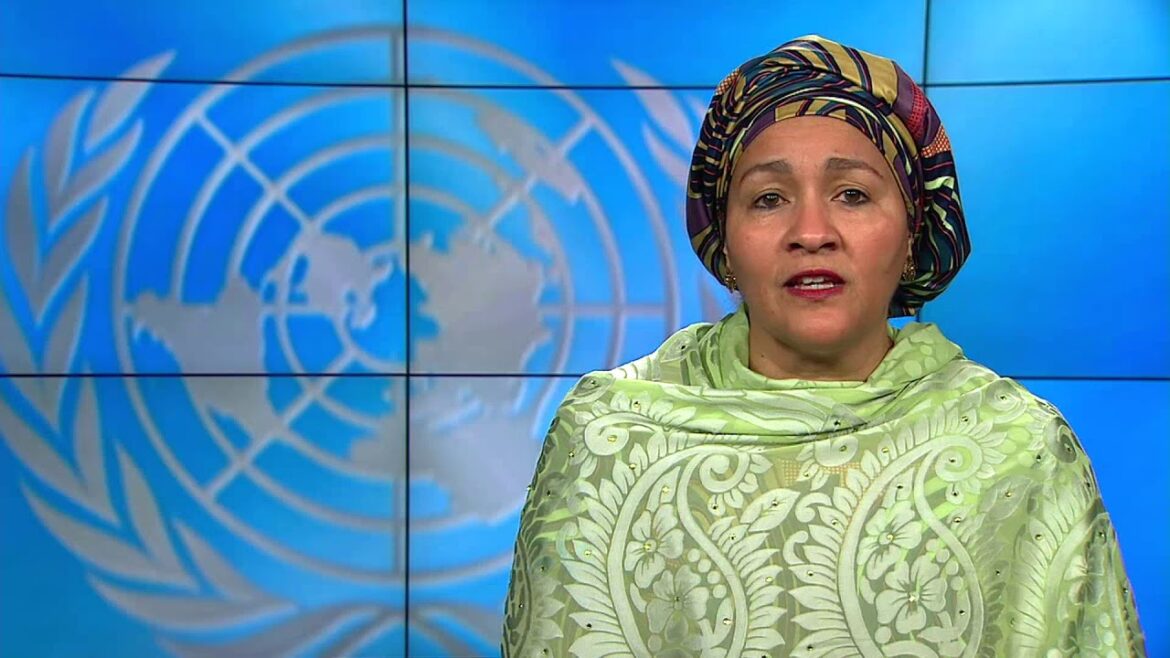 The UN Deputy Secretary-General, Amina Mohammed, has called for action to deliver the Sustainable Development Goals (SDGs) in Africa, highlighting the continued relevance of SDGs to the continent.

UN Spokesman, Stéphane Dujarric, said at a news conference on Monday in New York that Mohammed made the call at a meeting with the President of Tunisia, Kais Saied, held on Sunday.

According to him, Mohammed recalls that the SDGs remain a very relevant framework in this new era.

The 17 goals aim to bring about a more just and equitable world, including through ending extreme poverty, achieving gender equality, and spurring economic growth, while also tackling climate change and preserving the natural environment.

The UN deputy chief said that in many places, governments had not yet succeeded in delivering better public services, particularly for women and girls.

Mohammed was in the country to attend the eighth Tokyo International Conference on African Development (TICAD8), on behalf of the Secretary-General, Antonio Guterres.

The conference was organised by Japan since 1993, under the philosophy of “African Development for African people.” It is co-hosted by the UN, the UN Development Programme (UNDP), the World Bank, and the African Union Commission.

Dujarric said that speaking at the conference’s opening ceremony in Tunis on Saturday, Mohammed stressed the urgent need to show concrete commitments to help Africa achieve the 2030 Agenda.

“She also urged all stakeholders to collectively accelerate action to achieve transitions on the continent by including universal access to energy, food and nutrition security and mobilising investments to rescue the Sustainable Development Goals,’’ he said.

The Deputy Secretary-General also delivered remarks at the TICAD8 special session on “Society: Realising a Sustainable and Resilient Society based on Human Security.”

She highlighted the fact that in a context of little or no social protection floors and tight fiscal spaces, people around the world especially young people were under immense stress, and disillusioned and fearing for their future.

On the margins of the conference, she had bilateral meetings with a number of visiting Heads of States and Governments.