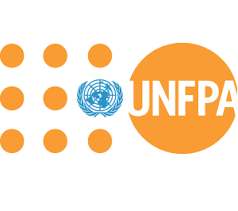 The UN Population Fund (UNFPA) has launched the distribution of 10,000 dignity kits in Maiduguri to survivors of insurgency in north eastern states of Adamawa, Borno and Yobe.

Presenting the items to Governor Kashim Shettima, the UN Resident Coordinator, Ms. Fatma Samoura, said the new round of distribution was with the support of the United State Agency for International Development (USAID).

She said: “Many of us here today have easy access to reproductive health services but for a survivor of insurgency in an IDP camp, these needs are not easily met.

“It will also provide comprehensive treatment of Sexually Transmitted Diseases (STI’s), including the prevention of HIV/AIDS and the clinical management of rape.”

Samoura added that the kits were part of UNFPA’s plan to restore access to essential reproductive health services to 4.5 million people affected by the humanitarian situation in the North East.

“These needs go beyond health, food and shelter to the procurement of commodities that strengthen her self-esteem in a time of crisis. To the vulnerable women and girls in a humanitarian setting, these needs include sanitary towel, soap, toothpaste, underwear, new clothes, infant blankets and others,” he said.

The resident coordinator said the procurement of the kits were co-funded by the Government of Japan under a project called ‘Strengthening Sexual and Reproductive Health Service Provision in Conflict Affected Communities in North-East Nigeria’ and the UN-Coordination for Emergency Response Fund.

The UN official said UNFPA had responded relentlessly to the humanitarian situation in Nigeria and recalled that in 2014, the population fund initiated a scale-up of its responses in the North East to target 4.5 million people.

So far, she said, the Fund had reached 3.57 million people and assisted the safe delivery of more than 39,507 pregnancies in supported health facilities.

Responding, Governor Shettima acknowledged the leading role the UN had played in the ongoing humanitarian response in the North East.

“UN is a dependable partner in the fight against insurgency. We trust you and we are confident that it is a fight that we will win,” the governor said.