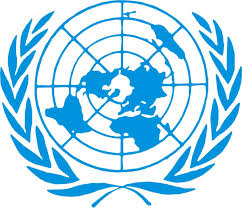 The United Nations has urged global communities to intensify efforts towards eliminating Female Genital Mutilation (FGM) by the 2030.

Executive Directors of UNFPA and UNICEF, Professor Babatunde Osotimehin and Mr. Anthony Lake, stated this in a joint statement issued to newsmen in Abuja, at the 2016 International Day of Zero Tolerance for FGM.

The statement said that female genital mutilation was a violent practice which scarred girls for life, endangered their health by depriving such girls rights and chance to reach their full potential.

“FGM is a widespread global problem that goes beyond Africa and the Middle East where the practice has been most prevalent. It has also affected communities in Asia, Australia, Europe, North and South America,” the statement said.

According to the statement, the number of girls and women at risk would continue to increase if the current population trend continued thereby wiping out the hard-won gain recorded against FGM.

The statement read: “In September 2015, at the United Nations Sustainable Development Summit, 193 states unanimously agreed to a new global target of eliminating FGM by 2030.

“To achieve this, communities need to improve data collection in order to measure the full extent of the practice and encourage each other and work together with traditional and medical professionals towards ending the trend.”

While calling for more support for women and girls who had undergone the harmful practice and provide them with services to overcome the trauma, the UNFPA and UNICEF executive directors urged for the need to
support and empower girls around the world to make their voices heard and call out to put an end to FGM.