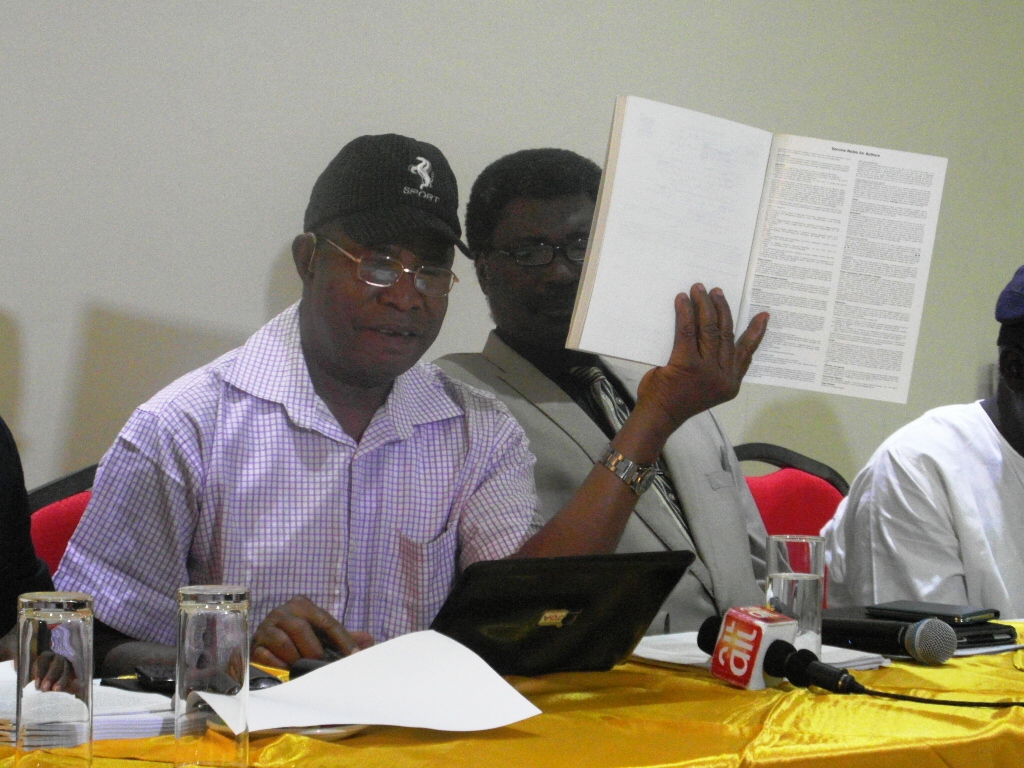 Dr Bilali Camara, UNAIDS Country Director, on Tuesday said Nigeria should invite the United Nations and other international scientific communities to analyze Dr Jeremiah Abalaka’s HIV vaccine to ascertain its efficacy. Camara said this in an interview with news men in Abuja.

He said that if there was the need to look at what Abalaka had, as a scientist, Nigeria should invite us to analyze the proposal, its protocol and efficacy.

“Vaccine development has to be opened, objective and measurable so that anybody can follow it up,’’ he said.

Camara also said that if a country discovered a vaccine, stakeholders from Africa, Asia and Europe should be invited to ascertain it. He said the issue of vaccine discovery was not an affair of one agency in a country.

“It is an objective issue, not a hidden or a secret matter. There is a problem if a vaccine ended up working for you only.

“Nobody can steal the intellectual property of the designer, whoever attempts to do that, it will be brought to justice.

“At UNAIDS, we will listen to him and see what he has, and if the merit is there, we will collaborate with the Nigerian government to move forward,” he said.

Also speaking on the issue, Mr Edward Ogenyi, the National Coordinator, Network of People Living with HIV/AIDS, said the use of a vaccine should not start with human beings.

“It starts from the laboratory to animals and when it certifies the above stages, it proceeds to the later stage of human subjects.

“Unfortunately, Abalaka’s vaccine starts with human subject and became the subject of controversy.”

The controversy on Abalaka’s vaccine started in 1999 following his claim to have discover a vaccine for the prevention of HIV/AIDS. Former President Olusegun Obasanjo in 2000 suspended the use of drugs and vaccines said to be preventing or cure HIV/AIDS until proper guidelines for assessing and verifying the claims are approved. However, a Federal High Court in Makurdi, on Nov.14, lifted the suspension on the use of the vaccines produced by Abalaka.