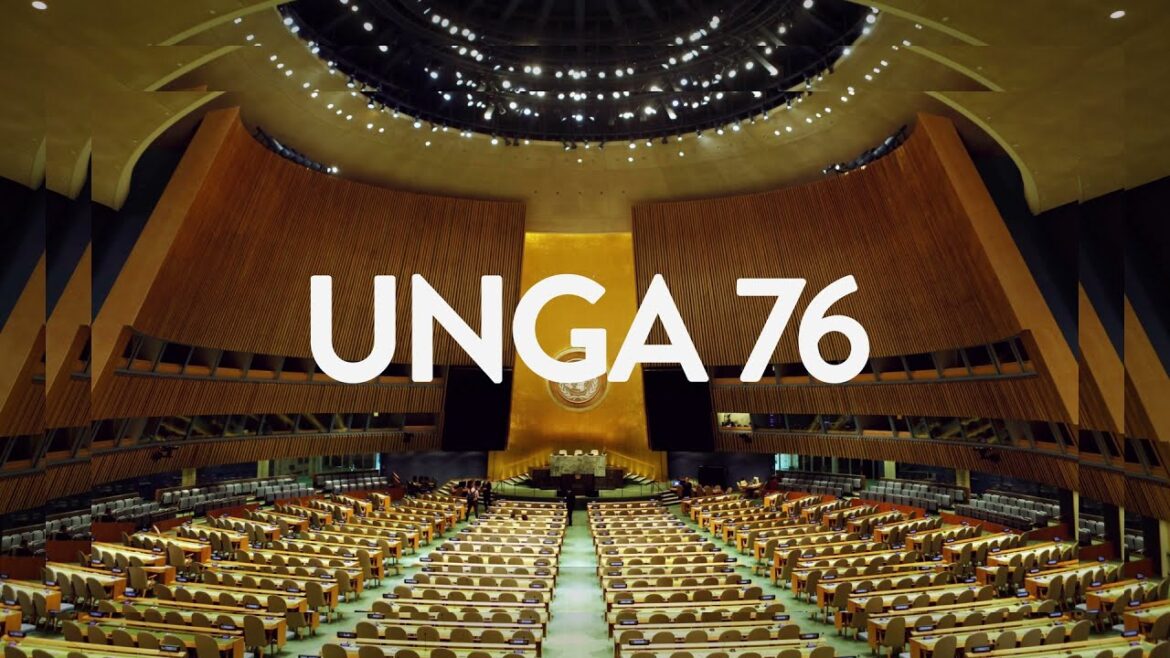 The President of the United Nations General Assembly (UNGA) has appealed for greater global solidarity to vaccinate the entire world against COVID-19.

Addressing a high-level debate on universal vaccination, Abdulla Shahid, highlighted the persistent inequity in access to these lifesaving medicines and the failure of the international community to protect everyone against the disease.

“Let me be clear: vaccine inequity is immoral, and it is impractical,” he said, speaking from the iconic UN General Assembly Hall in New York.

As of Friday, there were more than 428.5 million cases of COVID-19 globally, and 5.9 million deaths, according to the World Health Organisation (WHO).

Shahid said that although more than 10 billion vaccines had been administered around the world so far – enough to inoculate every person on the planet – some 83 per cent of the population of the African Union (AU) has yet to receive a single dose.

“It is not okay that 27 countries have vaccinated less than 10 per cent of their populations while others are rolling out boosters or lifting restrictions entirely,” he said.

“If the pandemic has shown us anything, it is the importance of collective action – that our strength lies in solidarity,” he said.

In a video message to the meeting, UN Secretary-General António Guterres called vaccine inequity “a moral indictment of our times”, as it costs lives, damages economies, and allows the virus to circulate and mutate.

For the UN chief, galvanising momentum means that countries step up vaccine dose-sharing, as well as donations, to the COVAX solidarity mechanism.

“It means manufacturers prioritising and fulfilling vaccine contracts with COVAX, ensuring full transparency on monthly production and creating the conditions for the local or regional production of tests, vaccines and treatments,” he added.

At the same time, pharmaceutical companies must share licences, know-how and technology to support vaccine production across regions.

Funding from donors and international financial institutions also needs to be ramped up, as does the fight against the “plague” of vaccine misinformation.

“We have seen hopeful progress when supply is secured and predictable … when doses are donated with ample shelf-life … and when there is a deep understanding of what a country needs to accelerate vaccinations,” Guterres said.

The President of the UN Economic and Social Council (ECOSOC), Collen Vixen Kelapile, addressed the dichotomy of the COVID-19 pandemic.

On the one hand, the crisis has shattered lives and livelihoods, among other fallouts, and wiped-out advances in achieving the Sustainable Development Goals (SDGs).

However, he added that it has also shown the best humanity can achieve, with the development of vaccines in record time.

“The extent to which we are able to ensure fair and equal access to the vaccines will determine the ability of the most vulnerable countries to recover from the pandemic.

“It will determine whether the world can truly overcome the pandemic and embark on a sustainable recovery and achieve the SDGs,” he said.