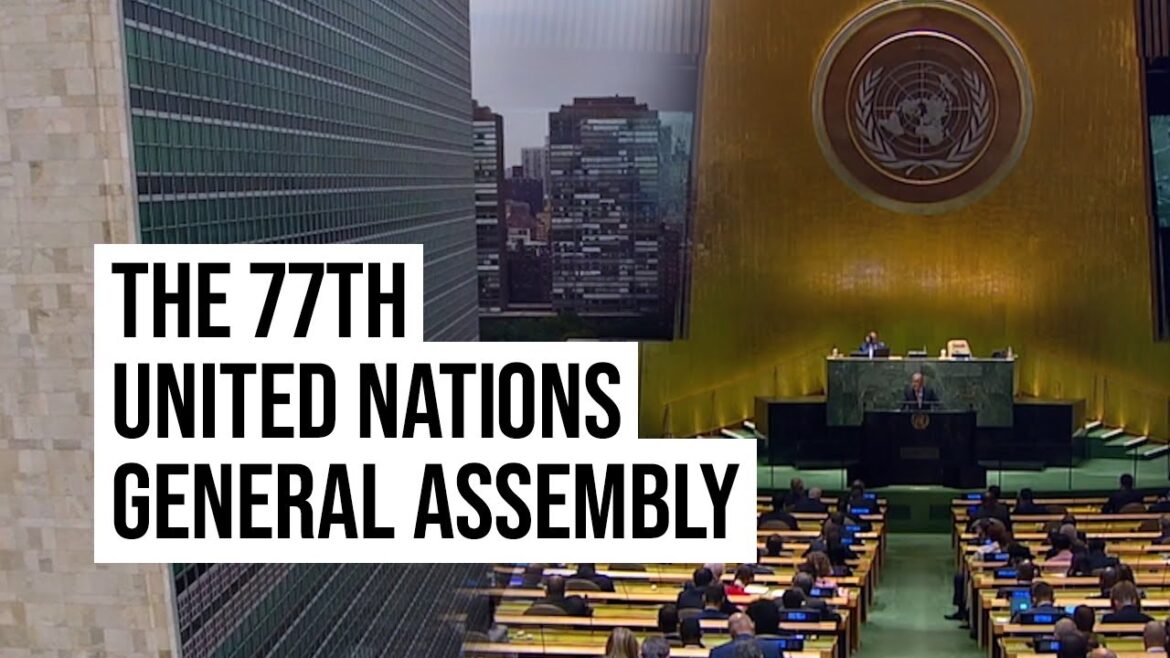 United Nations Secretary-General António Guterres has called on world leaders to address growing inequalities and provide hope to overcome divisions in the world.

Guterres made the appeal to world leaders gathered for the opening of the 77th Session of General Assembly’s high-level debate in New York.

“Our world is in big trouble. Divides are growing deeper; inequalities are growing wider; challenges are spreading father… we need hope… we need action across the board.”

Guterres said the UN-brokered Black Sea Grain Initiative launched was as symbol of hope in midst of conflict and hunger.

Presenting his Annual Report on the Work of the Organisation, the secretary-general said soberingly: “Let’s have no illusions. We are in rough seas.

“A winter of global discontent is on the horizon. A cost-of-living crisis is raging. Trust is crumbling. Our planet is burning. People are hurting – with the most vulnerable suffering the most.

“The United Nations Charter and the ideals it represents are in jeopardy.”

And while the international community had a duty to act, he said, we were gridlocked in colossal global dysfunction.

“The international community is not ready or willing to tackle the big dramatic challenges of our age. These crises threaten the very future of humanity and the fate of our planet.”

The secretary-general lamented that our world is in peril and paralysed by political divides that were undermining the work of the Security Council, international law, trust and people’s faith in democratic institutions, and all forms of international cooperation.

Geopolitical gridlock led to no cooperation; no dialogue and no collective problem solving. “But the reality is that we live in a world where the logic of cooperation and dialogue is the only path forward.’’

According to him, such a coalition must overcome divisions and act together, starting with strengthening the core mission of the United Nations – achieving and sustaining peace.

With the world squarely focused on Russia’s invasion of Ukraine, “which has unleashed widespread destruction with massive violations of human rights and international humanitarian law.

“We are seeing the threat of dangerous divisions between West and South. The risks to global peace and security are immense,” the secretary-general said.

The UN chief warned that away from the glare of international media, other conflicts and humanitarian crises were spreading and the gap for funding the UN Global Humanitarian Appeal was the widest ever at some 32 billion dollars.

The secretary-general further stressed that another battle that must end is “our suicidal war against nature’’, calling the climate crisis the defining issue of our time.

He said confronting it must be the first priority of every government and multilateral organisation.

“And yet climate action is being put on the back burner – despite overwhelming public support around the world. Global greenhouse gas emissions need to be slashed by 45 per cent by 2030 to have any hope of reaching net zero by 2050,” he said.

“We have a rendezvous with climate disaster”, he said, recalling his recent solidarity visit to flood-ravaged Pakistan, “where I saw with my own eyes…that one-third of the country is submerged by a monsoon on steroids.”

Planet Earth, Guterres said, is “a victim of scorched earth policies … and we ain’t seen nothing yet” because the hottest summers of today could be the coolest summers of tomorrow. Moreover, The G20 emits 80 per cent of all greenhouse gas emissions.

“But the poorest and most vulnerable – those who contributed least to this crisis – are bearing its most brutal impacts. Meanwhile, the fossil fuel industry is feasting on hundreds of billions of dollars in subsidies and windfall profits while household budgets shrink and our planet burns.,” he stated.