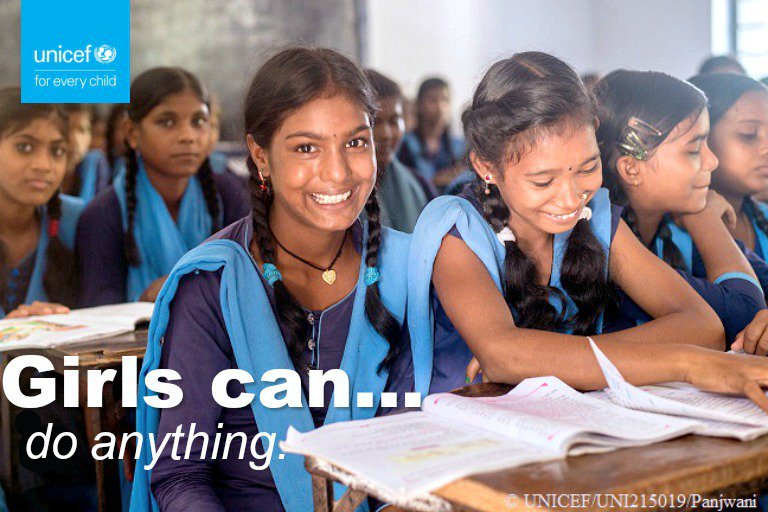 The United Nations Children’s Fund (UNICEF) has called on authorities to make schools safe and secure learning environments for all children, particularly girls, in order to increase girls’ enrollment, retention, and completion of school.

UNICEF Representative in Nigeria, Peter Hawkins, made the call in a statement in Abuja.

According to him, unsafe schools, occasioned by attacks on schools and abduction of students, are reprehensible, a brutal violation of the rights of the victims to education, and totally unacceptable.

Hawkins said that the occurrences had cut short the futures and dreams of the affected students.

“Attacks on learning institutions render the learning environment insecure and discourage parents and caregivers from sending their wards to schools, while the learners themselves become fearful of the legitimate pursuit of learning.

“The invisible harm school attacks inflict on the victims’ mental health is incalculable and irredeemable.

“Girls have particularly been targeted, exacerbating the figures of out-of-school children in Nigeria, 60 per cent of whom are girls.

” It is a trajectory which must be halted, and every hand in Nigeria must be on deck to ensure that learning in Nigeria is not a dangerous enterprise for any child, particularly for girls,” he said.

According to him, in Nigeria, a total of 11, 536 schools were closed since December 2020 due to abductions and security issues.

He added that these school closures had impacted the education of approximately 1.3 million children in the 2020/21 academic year.

“This interruption of their learning contributes to gaps in children’s knowledge and skills and may lead to the loss of approximately 3.4 billion USD in these children’s lifetime earnings. This risks to further perpetuate cycles of poverty and inequality.

“UNICEF, with generous funding from donors, is collaborating with the government of Nigeria to protect children’s right to education in a safe and inclusive learning environment.

“This involves building the capacity of School-Based Management Committees (SBMCs) on school safety and security and strengthening community resilience,” he added.

He also said that in Katsina State, 300 School Based Management Committee (SBMC) members have been trained, and schools.

He said this was supported through the Girls’ Education Project (GEP3) funded by the Foreign, Commonwealth and Development Office of the UK, have developed Emergency Preparedness and Response Plans to mitigate the impact of potential and actual threats.

He also said that the multi-sectoral task teams on school safety had also been established across the 34 LGAs of Katsina State to provide timely and efficient networking among actors on school security, with particular focus on the safety of girls.

“In Katsina State, government and communities have fenced some schools, and this is encouraging girls to attend school, underscoring the reality that collaboration is required in addressing insecurity in schools and making schools safe, especially for girls.

“Although Nigeria has ratified the Safe Schools Declaration, schools and learners are not sufficiently protected. Unless greater attention is given to protecting children, teachers and schools, they will continue to come under attack,” he said.

He, therefore, called for an urgent and coordinated action to safeguard the right to learn for every child in Nigeria.

It would be recalled that 276 students were abducted by a Non-State Armed Group at Government Girls Secondary School Chibok in north-east on April 14, 2014.

Since then, a spate of attacks on schools and abductions of students, sometimes resulting in their deaths has become recurrent in the last two years.