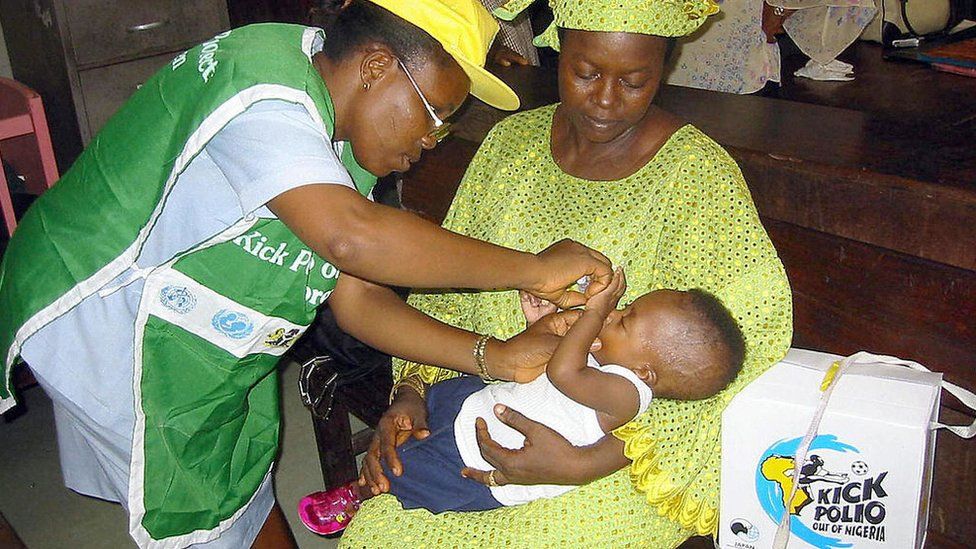 The United Nations Children’s Fund (UNICEF) in Nigeria, says the improvement recorded in the number of children immunised against diseases in the country is fantastic.

NAN reports that the National Immunisation Coverage Survey (NICS) 2021 revealed that 57 per cent of Nigerian children received all three doses of pentavalent vaccines.

Hawkins said that in spite of the COVID-19 pandemic, Nigeria was able to record an improvement in immunisation indices even when some other countries witnessed a drop.

He added that “the situation in Nigeria, it’s not so much where we are today, it’s where we have come from. In 2016, it was 34 per cent Penta three, so three, Penta vaccines for a child.

“Now it is at 57 per cent, so that improvement is fantastic. Over the past three to four years, it increased from 50 per cent to 57 per cent.

“So, that increase is fantastic, in actual fact, given that in the middle, we had COVID and in most countries, immunisation dropped.

“In Nigeria, we put a lot of efforts, the National Primary Health Care Development Agency (NPHCDA) puts a lot of effort in maintaining importation of vaccines for routine immunisation, maintaining the structures so that they continue to provide vaccination to children and 50 to 57 per cent is a fantastic achievement.”

Hawkins, however, said that though there was measurable improvement, 57 per cent is still insufficient for a country like Nigeria, and that the indicators around child mortality demonstrates that.

According to him, the problem is in the fact that some states are performing at a high level, while some only record little improvement.

He added that “Lagos State is at 82 per cent, if I remember correctly, and they have sustained it at that level, whereas a state like Sokoto has gone from seven per cent to 11 per cent.

“Eleven per cent is the problem there. So, it’s looking at the states where immunisation is low, seeing what the fundamental problems of why and then unbottling those bottlenecks to ensure that they go up to the 57 per cent, 60 per cent and ultimately get to 80 per cent.”

He explained that the NPHCDA, together with Global Alliance for Vaccine Immunisation (GAVI) and UNICEF have been working hard to ensure that those communities are not left behind.

He also said that continuous financing for vaccines should be enabled to ensure that the gap is closed.

For malaria vaccine for children, he said it would herald a significant change in child mortality.

He added that though the vaccine is still expensive, it will be included in routine immunisation to prevent children from dying from malaria once they become available.

“We are also coming up with malaria, that will be a significant change in the way that the child mortality is looked at.

“The vaccine is still expensive. That new vaccine is starting to be developed and once that becomes available for children, it will change the dynamic and it’s how you include that in the routine immunisation to prevent children from dying from malaria.”