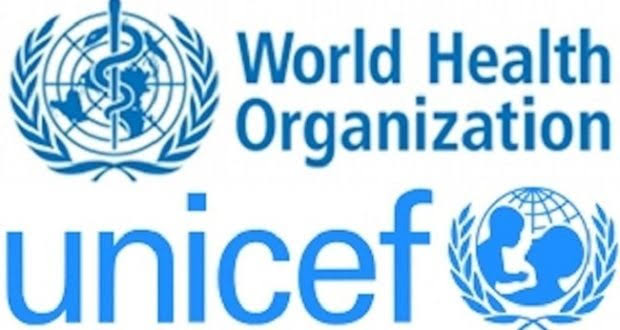 The World Health Organisation (WHO) and the United Nations Children’s Fund (UNICEF) have hailed the funding agreements from the King Salman Humanitarian Aid and Relief Centre worth $10 million to bolster polio and measles programmes in eight countries.

The WHO in a statement on Monday said that the agreement was signed on the sidelines of the ongoing World Health Summit in Berlin, Germany.

TheKSRelief was established by King Salman Bin Abdul’aziz in 2015 in the framework of Saudi Arabia’s efforts to alleviate the suffering of those in need worldwide.

The WHO said the new funding will provide UNICEF and WHO with five million dollars each in response to a call for emergency action by WHO and UNICEF to avert major polio and measles epidemics.

“WHO and UNICEF urged countries to prioritise vaccination for children as they rebuild their immunization systems following major global immunization disruptions caused by COVID-19.

“The pandemic has left millions of vulnerable children at heightened risk of preventable childhood diseases,” the UN bodies said.

The agencies said that with the contribution from KSrelief, WHO would support polio and measles programmes in Somalia, Iraq, and Sudan.

The UN said the support would be through the procurement of laboratory equipment; enhancing surveillance; digitalisation of the Essential Programme on Immunisation, strengthening the cold chain; and training of campaign vaccinators.

UNICEF said it would support the five high-risk countries of Afghanistan, Central African Republic, the Democratic Republic of the Congo, Guinea, and Pakistan.

The agency said the countries would be supported with the procurement and in-country distribution of polio and measles vaccines.

Also, with supplies like cold chain equipment and syringes; recruitment and training of vaccinators; and sustainably strengthening immunization systems.

Dr Tedros Ghebreyesus, Director-General of WHO said that “COVID-19 has had a devastating effect on immunization services globally.

“KSrelief’s generous support will help WHO to save children’s lives, benefiting an estimated 50 million people and averting major outbreaks of vaccine-preventable diseases including polio and measles in Somalia, Iraq, and Sudan.”

“The pandemic disrupted routine immunisation services around the world, leaving millions of vulnerable children at heightened risk of polio, measles, and other preventable childhood diseases.

“This new agreement will translate into lives saved and stronger immunisation systems that will benefit millions of children.”

“The agreement is the result of the Kingdom’s commitment to working with the WHO and UNICEF to jointly address global health challenges,” Al Rabeeah said.

The summit brought together governments, donors, civil society, and advocates, UNICEF and WHO renewed calls for urgent action to avert measles and polio epidemics.

COVID-19 takes toll on health of women, children – WHO

Serum Institute to produce Ebola vaccine for use...

Guterres calls for ‘sustained political commitment’ for a...

WHO to partners Public Health Institutes on emergency...