US denies responsibility for monkeypox spread in Nigerian laboratories 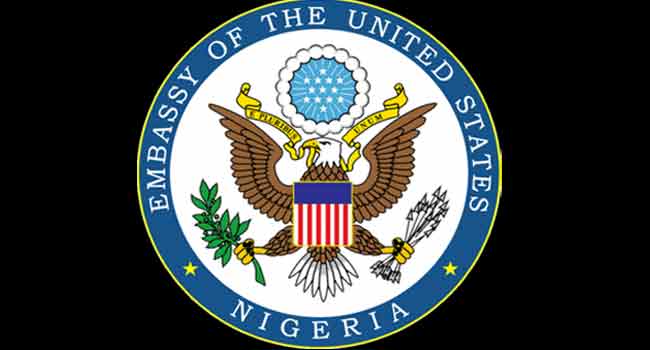 The embassy said the US government will continue to lend its support and work closely with the government of Nigeria in responding to the outbreak.

An Information Specialist at the Public Affairs Section of the US Consulate General, Temitayo Famutimi, said this in a statement on Monday.

The statement was issued in reaction to claims that the U.S. government was using some laboratories under its control to spread monkeypox disease in Nigeria.

It noted that the sponsors of such claims have also called on the World Health Organisation to investigate these laboratories.

The statement read, “Recent misleading posts on social media wrongly speculate on the origin of the current global outbreak of monkeypox disease, and supposedly call for WHO to investigate so-called “US-controlled laboratories” in Nigeria.

“Such reports are pure fabrication. There is zero merit to any allegations regarding the use of U.S.-assisted Nigerian laboratories in the spread of monkeypox.

Furthermore, there are no “U.S.-controlled” laboratories in Nigeria. These falsehoods detract from the work that the United States, in close coordination with Nigerian and multilateral partners, accomplish together on public health, including in disease surveillance, diagnosis, prevention, and control.

“The collaborative work between Nigeria and the United States has provided opportunities for technical assistance in capacity building, equipment, commodities/consumables, and funding to the critical public health programme, hospitals and laboratories.

“All of this contributes greatly to the prevention and amelioration of global disease outbreaks.”

According to the statement, monkeypox is not a new disease, nor is it unique to Nigeria or this region, having first been diagnosed in 1970 in the DRC.

“As we work together to contain its spread, exported cases have been reported in the United Kingdom, United States, and other parts of the world. The United States government continues to lend its support and work closely with the government of Nigeria in responding to the outbreak.

Through our collaborative interventions, U.S. government agencies working in Nigeria (including the U.S. Centers for Disease Control and Prevention, United States Agency for International Development, and the Walter Reed Army Institute of Research Program) and their implementing partners have supported both national and state laboratories with technical assistance and funding.

“These laboratories are Nigerian, and U.S. support enables them to provide essential services for the public good and the health of Nigeria’s citizens. Especially important, our support to laboratories across the country extends to quality improvements that ensure they have appropriate levels of biosafety and biosecurity requirements in place”, the statement said.

The statement concluded, “We will continue to collaborate with the Nigerian government on the ongoing global monkeypox and COVID-19 outbreaks and intensify support to Nigeria in other areas on which we have proudly partnered over the years, such as HIV epidemic control, tuberculosis eradication, malaria elimination, prevention of vaccine-preventable disease, and enhancing food and nutrition.”

21 cases of monkeypox disease and one death have been recorded this year, according to the Nigeria Centre for Disease Control.

Monkeypox, according to the NCDC, is a rare viral zoonotic infectious disease (i.e., an infection transmitted from animals to humans) that is endemic in areas in and near tropical rainforests in Central and West Africa.

Monkeypox transmission may have gone undetected ‘for some...