What the oil price plummet means for aid to Africa 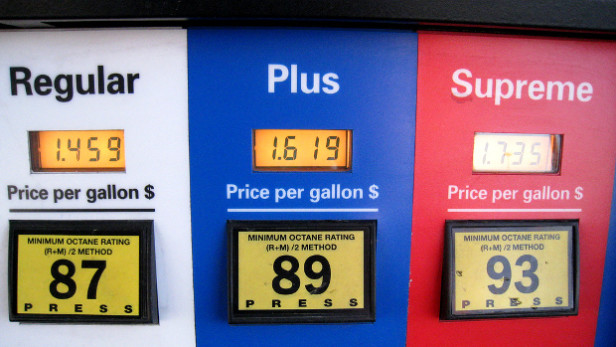 A year ago, Africa appeared on the verge of a fossil fuel windfall, and the conversation in development circles centered on how to ensure that projected bounty would benefit citizens and communities on a continent where resource wealth has struggled to trickle down.

But since March 2014, the price of oil has fallen from about $90 a barrel to just over $45, and the story about sub-Saharan Africa’s energy development future has changed with it.

The enthusiasm accompanying new oil discoveries in sub-Saharan Africa has turned into a “cruel” reality check for some of the most hopeful energy speculators, said Phillip van Niekerk, managing director of Calabar Consulting and former editor of South Africa’s Mail & Guardian newspaper, at a Wilson Center panel on energy security in Africa Tuesday.

Liberia, Mauritania, Sierra Leone and other countries that had ambitious plans to ramp up offshore exploration and other fossil fuel investments have experienced a “definite slowdown” in these areas, van Niekerk said, even within just the past year. The result has been something of a “wake-up call” and a reminder that the path to development must include “investment in the real economy” — the consumer and manufacturing sectors, for example — van Niekerk said.

Within that macroeconomic context, bilateral and multilateral donors continue to prioritize energy security and seek ways to connect the world’s 1.5 billion people who currently don’t have electricity — and the roughly 600 million of them who live in sub-Saharan Africa — with some form of energy access. President Barack Obama’s Power Africa initiative coordinates the U.S. government’s 12-agency approach to energy development on the continent, and Tuesday’s panelists focused some of their comments on ways U.S. engagement in the sector and region might be improved.

Despite the downward trend in global prices, Africa’s energy resources remain a significant strategic asset that will play an increasingly important role in the geopolitics and economics of global energy, according to the panelists.

The question for David Goldwyn, president of Goldwyn Global Strategies LLC and former special envoy and international energy coordinator at the U.S. Department of State, is: “Will this time be different?”

“Will any of the things that we’ve learned make life different for the new energy producers to avoid the mistakes of the past?” Goldwyn asked.

For one thing, Goldwyn explained, a large number of projects are now chasing a smaller amount of money. That is happening at the same time that the face of Africa’s energy investors has changed.

Small and midsize companies have appeared on the energy investment scene in recent years, which is good news for hydrocarbon resource discoveries that might not have happened without those new investors, but which also raises concerns about the kind of investments those smaller actors bring to the table. Smaller companies tend to view investments with a shorter time frame in mind than larger investors who tend to remain in the same place for years.

Smaller investors “tend to discover things and hope they get bought out by somebody else,” Goldwyn said, adding “they don’t really take a long-term view of the investment.”

And yet, that long-term view is one of the cornerstones of a shared-value approach to resource development, which is in turn a foundation of investments that actually benefit local communities.

When companies imagine themselves operating in a country, region or community for years, they are more likely to seek local buy-in for the work they are doing — and intending to do in the future. That can mean directing some of the revenues they accrue to social services, infrastructure, job creation and even peace-building initiatives that can benefit both hosts and outside investors.

“How do you provide enough value so that every succeeding administration that comes to power doesn’t want to extract the maximum amount of rent from the project, thereby killing the project?” Goldwyn asked.

Companies that seek to invest in energy development over the long-term have to do things early in their investment to demonstrate their value, Goldwyn explained. That generally requires spending money early, at a time when they are “already in the spending mode” but not yet making any money.

For bigger companies with a long-term view, that perspective has begun to emerge, and shared-value investment models have inched closer toward the norm. But for smaller companies, which have less capital to spend upfront and less incentive to invest in long-term relationships with communities and government, the argument can be harder to make.

Build capacity before money comes in

The U.S. government and other bilateral donors have a role to play, and Goldwyn offered some “unsolicited advice” to his former colleagues at the U.S. Department of State and within the broader U.S. effort to tackle energy poverty and socially responsible energy development.

Early on in the energy development process — before the money from investments even arrives — governments need to know how to do licensing, how to conduct open procurement, how to do auctions, and how to create local content policies that align local businesses with development projects in a way that creates real value, not corruption.

“You’re asking countries, which don’t have a lot of money, to invest in building the capacity for regulators and for systems, which they’re going to need in eight years,” Goldwyn said, adding, “donor governments have to start providing these governments with support early on.”

A number of bilateral and multilateral donors are already working on these issues, Goldwyn noted, citing the International Monetary Fund, World Bank, African Development Bank and others, but he emphasized the need to better “coordinate this assistance.”

“If you don’t get to the Mozambiques and the Kenyas and Tanzanias before they have the money, you will never build the systems to prevent corruption,” he noted.

Corruption has raised some of the biggest red flags when it comes to avoiding mistakes of the past on African resource development. In addition to capacity building, Tuesday’s panelists stressed the central importance of building international engagement around clear commitments to transparency and accountability.

The Extractive Industries Transparency Initiative has made “good progress in sign-up,” noted Charles McPherson, former senior adviser at the World Bank and the IMF, but whether those sign-ups have translated into real outcomes remains a “troubling question mark,” he added.

“Do people in Nigeria take the transparency numbers about how much money is being transferred to Rivers State from the oil coffers … and go to the governor of Rivers State and say, ‘Why is there garbage in the road? Why aren’t schools operating?’ That’s the outcome that’s important,” McPherson said.

McPherson also implored audience members and civil society groups to “shine the transparency light” on national oil companies, which he described as the “real potential Achilles’ heel in the whole transparency story.”

How can bilateral and multilateral donors that prioritize energy security in sub-Saharan Africa prevent repeating past mistakes? Let us know by leaving a comment below.