WHO confirms 63 cases of Ebola, 29 deaths in Uganda 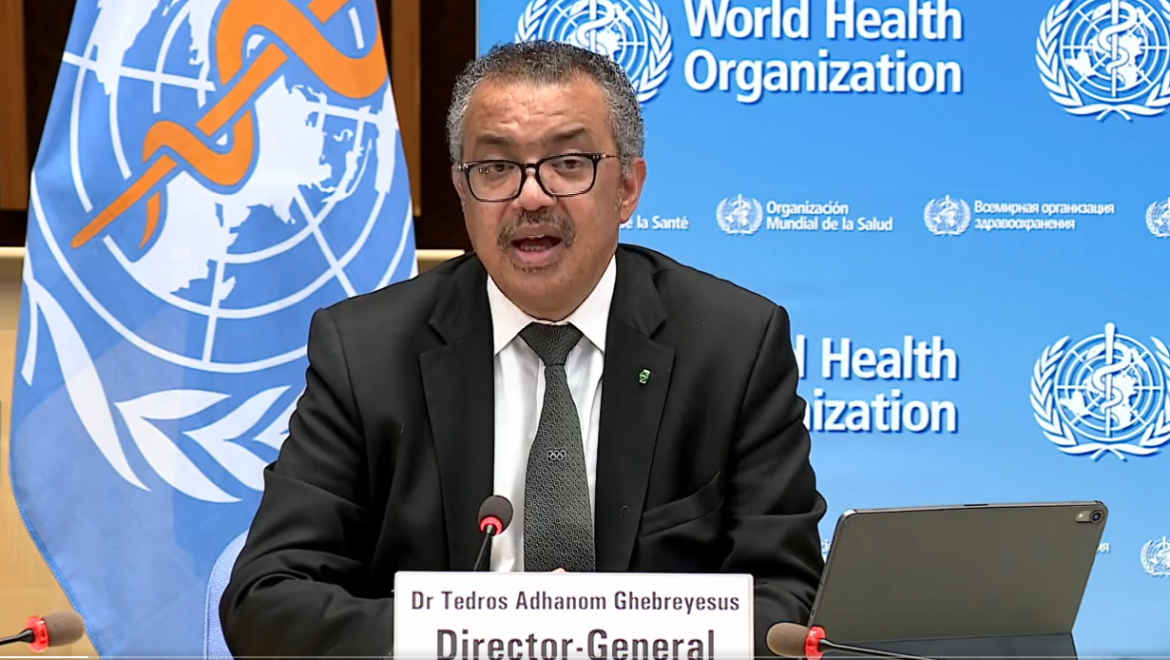 The World Health Organisation (WHO) has confirmed 63 cases of Ebola Virus infection, including 29 deaths in Uganda, calling for clinical trials of new vaccines in the country.

WHO Director General, Dr Tedros Ghebreyesus, gave the confirmation at a news conference at the UN health agency’s headquarters in Geneva on Wednesday.

According to him, WHO is working diligently in Uganda to support the government in responding to an Ebola outbreak in four districts.

Ghebreyesus said 10 infected health workers, four of whom had died; and four people had recovered and were receiving follow-up care.

“WHO has released 2 million dollars from our Contingency Fund for Emergencies (CFE), and we’re…sending additional specialists, supplies, and resources,” he said.

Although the inoculations that curbed Ebola outbreaks in the Democratic Republic of the Congo are not effective against the strain active now in Uganda, two vaccines in development could begin clinical trials in the coming weeks, pending government approval.

In a related development, Ghebreyesus said although the deadly flood waters in Pakistan had stopped rising, the dangers were surging.

“More than 1,500 lives were lost in the floods, but many more could be lost to disease in the coming weeks, without a massive and urgent international response,” he warned.

The country’s catastrophic flooding has damaged approximately 10 per cent of its health facilities, leaving millions without access to medical care, supplies and access to services.

Amidst new outbreaks of malaria, cholera, and dengue, WHO is focusing on supporting people in camps, those living along the roadside, individuals cut off by flood waters, and populations returning to their destroyed villages and homes.

In addition to 10 million dollars released from the CFE, WHO issued an appeal for 81.5 million dollars to support immunisations and other life-saving health services in response to the unprecedented disaster.

Several European countries are reporting an increase in COVID-19 cases, hospitalisations, and deaths, he told the journalists.

According to him, Omicron remains the dominant variant globally.

The WHO chief said while more than 300 sub-variants were being tracked globally, weak surveillance, testing and sequencing made tracking the virus, like chasing shadows.

Meanwhile, he noted that influenza season was starting in the Northern hemisphere. Measures to curb COVID-19 also help reduce the flu and he reminded everyone to get flu vaccine.

After years of declining cholera cases, “a worrying upsurge” of deadly outbreaks across the world has emerged over the past year – including in 27 countries since January.

According to limited data, the senior UN official said the average case fatality rate so far this year, is almost three times that of the past five years.

He acknowledged that many could not access simple interventions, such as vaccines, safe water and sanitation, oral rehydration or antibiotics for more severe cases.

“Cholera thrives on poverty and conflict but is now being turbo-charged by climate change, while those drivers also reduce access to clean water and create the ideal environment for cholera to spread,” he explained.

Nigeria on alert mode as Ebola resurfaces in...