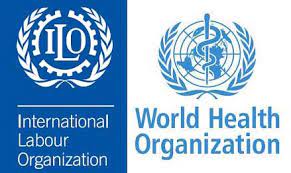 The World Health Organization (WHO) and the International Labour Organization (ILO) have called for concrete actions to address mental health concerns in the working population.

WHO guidelines released on Tuesday said that an estimated 12 billion workdays are lost annually due to depression and anxiety costing the global economy nearly $1trillion.

Two new publications which aim to address this issue were published on September 27 on WHO Guidelines on mental health at work and a derivative WHO/ILO policy brief.

The WHO global guidelines on mental health at work recommend actions to tackle risks to mental health such as heavy workloads, negative behaviours and other factors that create distress at work.

It said that for the first time WHO recommended manager training, to build their capacity to prevent stressful work environments and respond to workers in distress.

It said that WHO’s World Mental Health Report, published in June 2022, showed that of one billion people living with a mental disorder in 2019, 15 per cent of working-age adults experienced a mental disorder.

” Bullying and psychological violence (also known as “mobbing”) is a key complaint of workplace harassment that has a negative impact on mental health.

“Yet discussing or disclosing mental health remains a taboo in work settings globally,” it said.

It said that the guidelines also recommend better ways to accommodate the needs of workers with mental health conditions.

The guidelines call for interventions aimed at the protection of health, humanitarian, and emergency workers.

Dr Tedros Ghebreyesus, WHO Director-General, said it was time to focus on the detrimental effect work can have on our mental health.

“The well-being of the individual is reason enough to act, but poor mental health can also have a debilitating impact on a person’s performance and productivity.

He said that a separate WHO and ILO policy brief explained the guidelines in terms of practical strategies for governments, employers and workers, and their organizations, in the public and private sectors.

Ghebreyesus said that the aim was to support the prevention of mental health risks, protect and promote mental health at work, and support those with mental health conditions, so they can participate and thrive in the world of work.

“Investment and leadership will be critical to the implementation of the strategies,” he said.

Mr Guy Ryder, ILO Director-General said as people spend a large proportion of their lives in work, a safe and healthy working environment was critical.

“We need to invest to build a culture of prevention around mental health at work, reshape the work environment to stop stigma and social exclusion, and ensure employees with mental health conditions feel protected and supported,” Ryder said.

He said that the ILO Occupational Safety and Health Convention (No. 155) and Recommendation (No. 164) provides legal frameworks to protect the health and safety of workers.

Ryder said that however, the WHO Mental Health Atlas found that only 35 per cent of countries reported having national programmes for work-related mental health promotion and prevention.

He said that COVID-19 triggered a 25 per cent increase in general anxiety and depression worldwide, exposing how unprepared governments were for its impact on mental health, and revealing a chronic global shortage of mental health resources.

Ryder said in 2020, governments worldwide spent an average of just twi per cent of health budgets on mental health, with lower-middle income countries investing less than 1per cent.