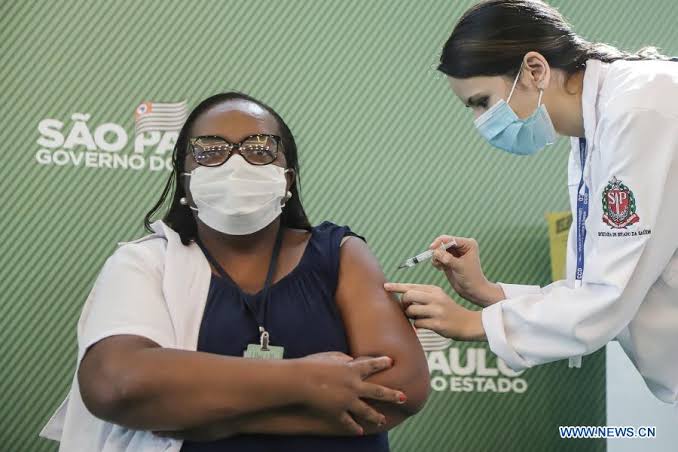 The World Health Organisation (WHO) has unveiled an $8 billion dollar pathway out of the COVID-19 pandemic, to facilitate vaccines’ accessibility to everyone, everywhere.

The global COVID-19 vaccination strategy aims to inoculate 40 per cent of people, in all countries, by the end of 2021 and 70 per cent by the middle of 2022.

WHO had previously pressed governments to vaccinate 10 per cent of the world’s people by the end of September 2021.

However, more than 55 countries, mainly in Africa and the Middle East, missed the target.

In his remarks to the virtual launch, UN Secretary-General António Guterres, who has been a strong advocate for a global plan, urged nations to unite and make it a success.

“Without a coordinated, equitable approach, a reduction of cases in any one country will not be sustained over time.

“For everyone’s sake, we must urgently bring all countries to a high level of vaccination coverage,” he said, speaking from New York.

As of Thursday, there were more than 235.6 million confirmed COVID-19 cases worldwide and close to five million deaths, according to latest WHO data.

The new strategy requires 11 billion vaccines to be made available, to defeat what the UN agency has labelled “a two-track pandemic”.

Even though nearly 6.5 billion doses have been administered globally as at the end of September, and almost one-third of the world’s population is fully inoculated, vaccine inequity persists.

“High and upper-middle income countries have used 75 per cent of all vaccines produced so far,” said WHO chief Tedros Ghebreyesus, speaking from its headquarters in Geneva.

Global vaccine production currently stands at 1.5 billion doses per month, meaning “there is enough supply to achieve our targets, provided they are distributed equitably,” said Ghebreyesus.

“This is not a supply problem; it’s an allocation problem,” he added.

The strategy calls for a three-step approach to vaccination, starting with protecting older people, health workers and high-risk groups of all ages.  All adults in every country would be next, followed by adolescents.

While financing has been secured to procure most of the required vaccines for poorer countries, including through the COVAX solidarity initiative and the African Vaccine Acquisition Trust (AVAT), additional investment was still needed.

“We call on vaccine manufacturers to prioritise and fulfil contracts with COVAX and AVAT as a matter of urgency, to be more transparent on what is going where, and to share know-how and non-exclusive licenses to enable all regions to increase manufacturing capacity,” said Ghebreyesus.

“Countries that produce vaccines should allow for cross-border flow of finished vaccines and raw materials, and facilitate sharing of knowledge, technology and licenses.

“Governments were also urged to update their national vaccine targets and plans to guide manufacturing investment and vaccine distribution.”

Ghebreyesus said the strategy could be achieved if the countries and companies that control vaccine supply prioritise COVAX and the AVAT, both for vaccine delivery and donations.

“We have the tools to bring the pandemic under control, if we use them properly and share them fairly,” he said.

Nigeria generates 73% of its targeted revenue for 2021 – Finance Minister